0
You have 0 items in your cart
Go To Shopping
Home > ARCHIVE > 07/03/2022: Theresa May and Julia Gillard: an International Women’s Day conversation | The Global Institute for Women’s Leadership 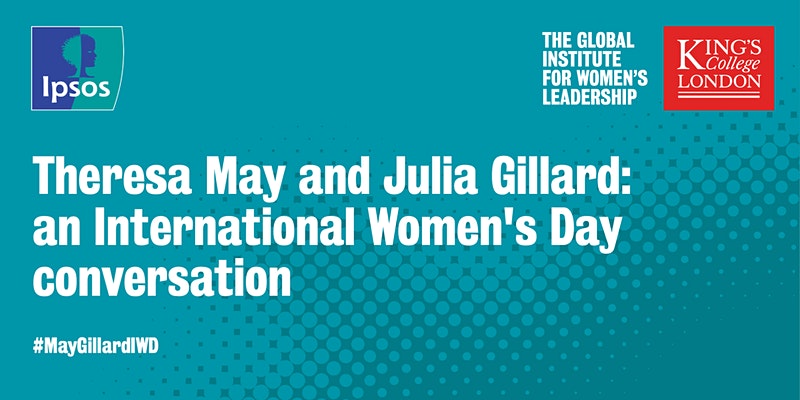 Celebrate IWD with a discussion between two former prime ministers

In 2016, Theresa May became only the second woman to serve as UK prime minister, while Julia Gillard became the first woman to lead Australia in 2010, with both holding office during periods of great political turbulence.

Join the Global Institute for Women’s Leadership and Ipsos UK in the week of International Women’s Day for a conversation between these two former leaders, as they discuss their experiences at the highest level of politics, the obstacles they faced, and what we can do to improve gender equality and women’s political representation.

The discussion will be informed by insights from Kelly Beaver, the new Chief Executive of Ipsos UK and first woman to hold that role, who will share findings from a new global survey looking at women’s career progression, attitudes towards feminism, toxic online behaviour and more.