0
You have 0 items in your cart
Go To Shopping
Home > Blogs > Marcello NEW > Marcello: Love in the City | 2 | My friend mocked my dating blog

This is a serialisation of the novel ‘Marcello: Love in the City’ – this week we meet Luke, a man with a low opinion of online dating, and a subtle disdain for dating bloggers. 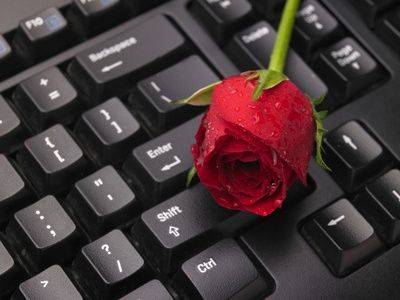 I was fiddling with the cafetière when my housemate walked in.

“So Marco, you’re back in the game,” Luke said.

We had been housemates for three years, and friends for two and a half. “I am indeed, Lucas.”

I took up my usual place at the kitchen table. As we didn’t have a TV, we considered the main focus of the flat to be each other. Luke was a dark-haired, clipped and cropped journalist. A handsome, shabby prince of the city.

“Go where? Online dating is perfectly normal these days. Anyway, how else am I supposed to meet women, in the pub? Think what it’s like at the Vineyard – I have literally no chance with those uptown girls.”

“Mate, I’m Billy Joel under the car bonnet. Only without the fancy moves.”

“I wouldn’t have called his moves fancy.”

“You must be thinking of the Westlife version. Joel’s moves were pretty fancy.”

“So, what, you’re moaning because you can’t pull at our local? I’d say that’s a good thing. It’s the place we go every week.”

“Yeah. And what’s it like? It’s packed with women of every stripe…”

“It’s packed with women of every type. It should be easy. Most nights it’s full of after-work rah-rahs and scrubbed-up artists. And yes, everyone’s having a wonderful time with their craft beer and chunky chips – I’ll give you that as well. But no one ever mixes. It’s just impossible to meet people there. Seriously, what’s that about? And you know what I mean, we’ve had this conversation before.”

“After you got us thrown out that time.”

“I did not get us thrown out – they just asked us to take our conversation outside.”

“Look, we’ve been over this. Anyway, the point is I’ve tried talking to those women, and I just can’t seem to get it right. I mean, honestly, what do they expect? God knows, I put in the effort. It takes me long enough to work up the courage – six pints, last week.”

Luke opened his mouth to speak, then looked away.

I said, “What I’m saying is, despite the kooky Twitter account, free wi-fi and arty fittings, the place is as cold as a morgue. They’re all locked into their own private world. And there is no getting in.”

“They’ve thrown away the key.”

“They’ve lost the key. Now, compare that to the time we went to the Brockley Rose.”

“When you wanted to go back to your working-class roots.”

“Yes, that time. Remember how everyone was mixing at the bar? There we were, drinking beer, bonding with the locals…”

“No, I said I hated aspects of it.” I sat forward. “The music was rubbish. Anyway, I don’t feel like you’re really listening. You’re just waiting for your turn to speak.”

He waved for me to continue.

I said, “My point is that online dating is just another way of meeting people. There’s no way I’m going to meet someone in the real world. I’ve had a couple of dates since I came offline but it’s been slim pickings. This is London for god’s sake – people don’t meet each other here.”

“Yes, we did. And we had to live together to become friends. See, you’ve just proved my point.”

“I just want a girlfriend, Lucas. That is basically it. That is my quest.”

“You can’t beat a good quest.”

“Yeah, right? And believe me I know how lame it sounds saying it out loud. I just need to let it out. People don’t say these things enough.”

“You wear your heart on your sleeve, man.”

He suppressed a smile.

He shrugged. “And you’re going to blog about it. Or continue blogging. What is it again? You kind of lost me back there. You are the online dating blogger who stopped online dating, had a few dates in the real world. And now you’re what, going back online for material?”

“I am not exclusively a dating blogger, Lucas. I’m just a blogger who has done some online dating. Dating accounts for some of my escapades but I blog about all sorts of zany adventures.”

“Sure. Zany adventures that always take place on dates.”

I downed my tea. “Yes, well you’d know if you ever clicked the links I sent. Anyway, I have loads of subscribers. Why don’t you ask them what they think?”

“Ok, I will. Just give me their contact details.”

This ridiculous sparring was nothing new. A fine thread of mockery always ran through our discourse. Nevertheless, Luke wished me luck when my next date came around.