0
You have 0 items in your cart
Go To Shopping
Home > News > Current Affairs for Women > 2015: Is this the year for finally celebrating women’s sports? The FIFA Women’s World Cup was truly a record-breaking tournament. Taking place in Canada, 24 teams participated rather than the previous 16 allowed. And although England were not overall winners, they did secure third place in a win over Germany. It was also England’s second best performance ever, after the famous 1966 win.

The BBC covered and showed every game, and 2.4 million viewers stayed up to watch England in their last match. The media furore around the game brought out everyone’s patriotic side with the team affectionately dubbed the ‘Lionesses’.

As a result of increased attention from the Women’s World Cup, Women’s League football is drawing more crowds to games.

The Women’s FA Cup final was played on Saturday at Wembley for the first time in the history of the competition and was also televised by the BBC.

Chelsea met Nott’s County to battle it out for the trophy, winning 1-0 in a game played out in front of a 30,000 strong crowd – due to the interest peaked by the Women’s World Cup.

England captain, Steph Houghton said of the news, “to be one of the first female players included is something we will always be able to look back on. Hopefully it will raise the profile of women’s game even further.”

Elsewhere in the US, Canada and Australia, the game will feature Alex Morgan, Christine Sinclair and Stephanie Catley on the front cover. The trio will be the first women to grace the cover, but sadly there has been no announcement of when England’s women will feature on the game.

England’s women’s cricket team have been showing the men how it’s done in the women’s Ashes recently.

England held a great victory against Australia in the first One Day International, and although they are currently behind 4-2, Kate Cross said, “there is a lot that can still happen in this Ashes series. We are going to come back hard and fight tooth and nail

For the first time, Sky Sports are providing live television coverage for every ball in the seven match multi format. Every single ball will also be heard live on BBC Radio, and none of the coverage clashes with the men’s Ashes

England are set to host the ICC Women’s Cricket World Cup in 2017 for the first time in 24 years. Lord’s Cricket Ground has also been confirmed as the venue for the final.

England and Wales Cricket Board’s (ECB) director of women’s cricket, Clare Connor said that the news would, “create an ongoing legacy for girls and women in this country.”

“The women’s sport movement is quite a collective thing (in this country). What I think is really healthy is that we share ideas and we share thinking, so we’re all working together to take women’s sport forward and there’s great government support for that.”

The ECB has also recently announced that a Women’s Cricket Super League is set to launch next summer. The tournament will comprise of six teams, as a Twenty20 format. Connor said, “the concept or the rationale is for a competition that bridges the gap between women’s county cricket and international cricket, because there is a huge gap or gulf in terms of playing standard.” Serena Williams showed off all her girl power recently, winning her sixth Wimbledon title and claiming her second, ‘Serena Slam’ (holding all four Grand Slam trophies at the same time).

With a packed out court and the BBC offering live coverage, Williams beat Spain’s Garbine Muguruza 6-4, 6-4 in the final saying that she feels like she has “solidified my place at number one.”

Wimbledon has also announced that there will be wheelchair tennis singles events for both men and women in 2016. The defending Wimbledon doubles champion, Jordanne Whiley said “I’m really pleased that there will be a singles tournament at Wimbledon next year…This is a great opportunity to showcase our sport at the highest level.”

In April, the women’s boat crew competed on the same stretch of the River Thames as the men in the annual Boat Race. This was a first for the Oxford and Cambridge women and a truly historical moment.

Also, for the first time in its history, the women’s race was televised. Claire Balding, who hosted the BBC’s Boat Race coverage said at the time that, “this is the year we change things.” Women’s sport has also received an increase in media attention through the women’s British Open, Sainsbury’s Anniversary games and La Course, the female Tour de France. There have also been a number of campaigns centred around women in sport, such as the This Girl Can campaign, #WeCanPlay campaign and the introduction of the first Women’s Sport Week.

Alison is the Digital Content Editor for WeAreTheCity. She has a BA Honours degree in Journalism and History from the University of Portsmouth. She has previously worked in the marketing sector and in a copywriting role. Alison’s other passions and hobbies include writing, blogging and travelling.
Previous PostMoney Mindfulness….MattersNext PostIn her shoes | Katherine Loe | Vice President Communications Officer at Morgan Stanley 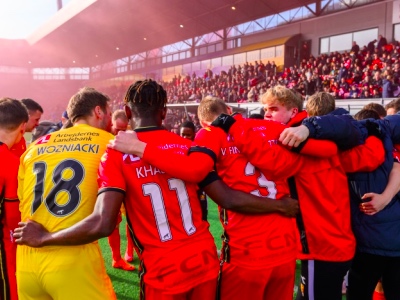 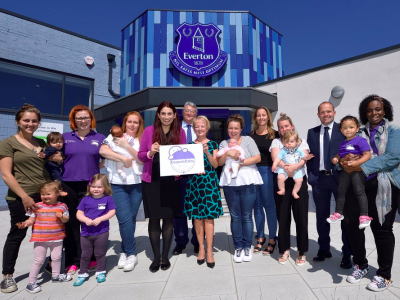