Morgan Stanley & WeAreTheCity would like to invite you to an evening networking event on Thursday 26th February 2015 at 18:00.

The Changing Face of Women in Technology is being hosted by Morgan Stanley at its Canary Wharf offices at 20 Bank Street, London, E14 4AD.

Click here to register. Please note this event is aimed at females working in technology.

One of Morgan Stanley’s business imperatives is to create and sustain a diverse and inclusive work environment. For the last two consecutive years, Morgan Stanley Technology and Data has hosted the highly successful “Women 3.0 & Women 4.0” series of technology events. A core component of this event series is to provide learning opportunities through stories of successful role models as well as the opportunity to network with a community of like-minded female technologists.

We hope you will be free to join us on what promises to be another enjoyable and insightful evening.

The evening will consist of two keynote speeches, the first from Dame Stephanie Shirley, award winning technology role model, entrepreneur and philanthropist, and the second from India Gary-Martin, former COO of Technology & Operations at JP Morgan.

The speakers will share their own stories and thoughts on how the role of female technologists has evolved and how important it is that women continue to drive their careers to support the future demands of the industry.

Dame Stephanie Shirley (age 81) is a successful IT entrepreneur turned ardent philanthropist and workplace revolutionary (www.steveshirley.com). Her life story begins with her arrival in Britain as a five-year old Kindertransport refugee in 1939. In 1962, she started a software house, F International, that pioneered new work practices and changed the position of professional women, especially in hi-tech. She went on to create a global business and a personal fortune from nothing, with the joy and sadness of raising her only son, Giles, who was born severely autistic.

Since retiring in 1993, her focus has been increasingly on philanthropy based on her strong belief in giving back to society. In 2009/10 she served as the UK’s first ever national Ambassador for Philanthropy. Her charitable Shirley Foundation has initiated and funded a number of projects that are pioneering by nature, strategic in impact and significant in money terms, with a focus on IT and her late son’s disorder of autism.

Dame Stephanie, known as Steve, was named as one of the 100 most powerful women in Britain in February 2013 by Woman’s Hour on BBC Radio 4. In January 2014, the Science Council named Dame Stephanie as one of the Top 100 practising scientists in the UK. Her memoir Let IT Go was published in October 2012 (www.let-it-go.co.uk) and a Talking Book version (recorded by Dame Stephanie herself) was released in 2014. When asked recently to describe herself in three words, Dame Stephanie said “Passionate. Determined. Inspirational.”

India Gary-Martin’s career in Financial Services spanned twenty five years and three continents; North America, Europe and Asia. She worked at some of the world’s leading financial services firms including Deutsche Bank and JPMorgan. During her Investment Banking career, India held a number of CIO and COO roles both regionally and globally. She has significant expertise in mergers, integration and growing new businesses. In her final role at JPMorgan, India was Managing Director and Chief Operating Officer of the Investment Bank’s 15,000 person Global Technology and Operations division.

For her work regarding women on boards, India has appeared on BBC Breakfast, BBC Newsnight, Women’s Hour, Radio 4 and Bloomberg TV. During the course of her career, India has been awarded numerous awards including: Outstanding Contribution to Diversity (Women in Banking and Finance); World of Difference 100 (TIAW); and the Top 50 Business Women in Europe (WIE). India has also featured for multiple years on the Powerlist100 (100 most influential people of colour in the UK). She is the former Chair of the Board of Trustees of Making the LEAP Charity, the President Emeritus of the City Women’s Network and is a steering member of the British Red Cross’ Tiffany Circle.

Ulla is the Practice Area Manager for Position Services Technology.  In this role, Ulla and her global team work with Operations, business units and other technology teams to deliver solutions for the Corporate Actions processing needs of the Firm.
Ulla joined Morgan Stanley in 1992 in the New York graduate training program.  She has worked in a number of technology roles across Finance, Operations, Listed Derivatives and support organizations.  She has had a number of roles and assignments in NY, Hong Kong and London – finally settling in London in 1996.  Ulla has a Bachelors degree in Information Systems and Finance from New York University and an MBA from London Business School.   She resides in Southwest London with her husband and their two boys (aged 11 and 8).

Gerard has global responsibility for technology supporting the FX and Emerging Markets business at Morgan Stanley.  He joined the Firm’s Technology Graduate Training Program in February 1999 as an Analyst and then moved into the FX Technology team, working in London, New York and Hong Kong where he was involved in building out the Shanghai office for Fixed Income technology. He returned to London in 2009 and assumed his current role in 2010.

Gerard plays a prominent role in a number of technology initiatives for the Firm. He leads efforts in diversity recruiting as well as the engagement with Computing at School (primarily Code Club), a nationwide network of free volunteer-led after-school coding clubs with the goalof improving computing education.

Gerard studied Physics in Manchester then a PhD from King’s College London. He resides in Kent with wife Rosie and their four children.

Following the keynotes, there will be an opportunity to interact with the speakers via a Q&A panel, facilitated by David McQueen, and will include representatives from Morgan Stanley. There is also an opportunity to pre-submit questions for our keynote speakers and panellists as part of the registration process.

Once the keynotes and panel conclude, there will be the chance to network over drinks and canapés.

Please note that this event is aimed at female Technologists. 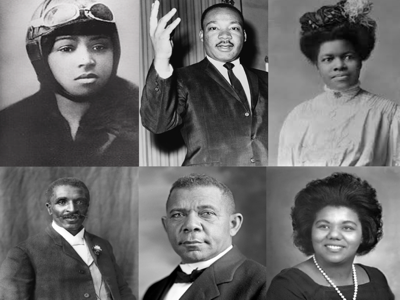 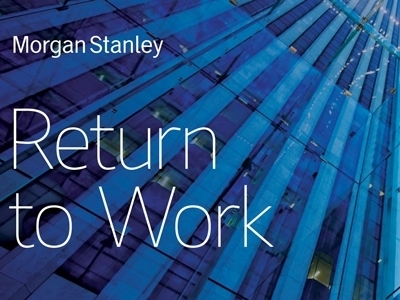