Let’s talk numbers. Lord Davies has said he wants to see a 25% increase of women on boards. The Director of the BBC Tony Hall promise there will be at least ONE woman on every panel show, a promise he finds hard to keep. Other people are asking for an increase of 30%. The Lord Mayor feels it is just as important to have more women at all levels through an organization, and suggests ways in which more flexible working might be encouraged.

95% is the percentage of flexible workers at Australia’s Westpac bank, headed up by a women CEO who has achieved, 43% women employees currently and intends to have 50% by 1917, for the bank’s 200 year anniversary.

As the President of the Law Society here in Britain says: “If career progression was based on pure merit, some male business leaders and law firm senior partners would never even have seen the paintings on the boardroom wall. This is disappointing for the talented women who lose out, but is also damaging to the organizations which lose what they have to offer.”

Lucy Scott-Moncrieff as outgoing chair of the Law Society 2013

It is possible that the Australian achievement is partly helped by the legislation put in place in the 1980s, which was partly affirmative action, and partly affordable child care. But more particularly that every organization company or corporation had to report annually to the government their numbers of women employees, at all levels.

So when Cheryl Bart a Non Executive Director at the ABC. (Australian Broadcasting Commission), was a visiting speaker in London, she was able to illustrate that in the ABC the women are at least 50% and in some cases more.   She went on to say, that there still needed to be more women in the top positions.

Who was it said?

“where the potential and perspective of women are locked out of the decisions that shape a society, that society remains stunted and underachieving” ? David Cameron.

You might think that if the parties are concerned about the next election, more women candidates might just tap into the over 50% of the population. Could that be why so many people are disaffected voters? There weren’t many women at Eton or in the Bullingdon Club.

But back to 43%. Gail Kelly was speaking at the LSE, as the Chief Executive Officer, of a bank ranked at 15th globally. She serves as Member of Global Advisory Board of Council on Foreign Relations, Inc. She is also CARE Australia’s Ambassador for Women’s Empowerment. These are just a few of her achievements.   “When I got to be a CEO I said: ‘Right. I’m now going to tackle gender inequality head-on. I’m going to make a difference, and lead by example, and actively put in place policies and practices to support women.’”

She has not only achieved a high level of success for her bank, but she sees Diversity and Inclusiveness as important. She retains and promotes older members of staff, because of their knowledge and experience, but also, she says, they know where the bodies are buried. She is not afraid to admit she might not have all the answers and like the Lord Mayor, she believes in skilling up, and gathering the best people around her.

Gail Kelly has 4 children, and family is crucial in her life, she constantly refers to her husband and the support of her family. Another high flying financier is Helen Morrissey with 9 children. All of these women have made the choice to have children, but have support either in paid child care or in terms of flexible working. The outgoing chair of HSBC, Lord Stephen Green, with 3 daughters, actually admitted that his daughter returning after the birth of her child was spending all her wages on child care.

Both Jocelyn Bell Burnell, and Fiona Woolf advocate support for returners, and flexible working policies, which has as much to benefit male returners, as does paid parental leave, the opportunity for men to have time with young families as well.

Interestingly the NHS, because it’s now dominated by women, has developed a lot of part time working, flexible working and job share.  That’s an entirely respectable way of working.   Science, Technology, Engineering and Mathematics (STEM) have yet to do that.  They’re saying, “We can’t do it”, but they probably said that in the NHS at one point.

Fiona Woolf cites the Crown Prosecution Service who actually publish annually their figures of women in their employ, but also ethnic composition.

Strangely it is rare to see the women who hold these views on the front pages. or in interviews and programmes outside of women’s hour.   Perhaps both the media, and specifically the BBC, need to look not just to their employees, but how women are represented in the media. As shown by the excellent research produced by Women in Journalism.

Diversity and inclusion have so much to offer in terms of breadth and experience. In a global world we need global people, women and men.

City Eye became interested in Overlooked and Overshadowed women, both in contemporary times and through out history. The former would include the women passed over for the Nobel in favour of their male colleagues. The later would be the wives of famous men, such as Mrs. Mandela. Her study of women written out of history, led her to interviews with interesting and inspirational women, (and some men). Extracts will be published in the articles. In no way is this men versus women, as to who is better. Simply that an overly macho, military, testosterone fueled environment, mainly men, needs the balancing attributes, often, though not exclusively, assigned to women: caring, conciliation, communication. Find out more: City Eye Blog ©christina ionthecity.wordpress.com
Previous PostHow to Keep Long Distance Relationships WorkingNext PostReversing The Aging Process – Part VI 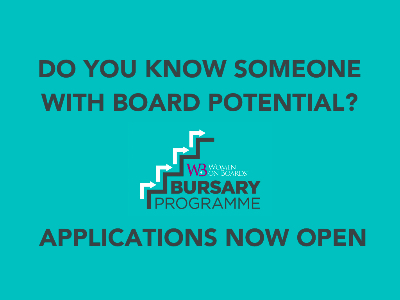 Do you have Board potential? Women on Boards have 6 complimentary places for their signature, Boardroom Journey programme