More and more businesses are discovering the benefits of video communication.

However, as video chats and conferences become a staple in the corporate landscape, there’s also a need to ensure that everyone is on the same page regarding rules, ethics, and things you can and can’t say when you’re in the middle of a business meeting. The Guardian reports on how a company wasted 300,000 hours in a year for meetings alone. If you want to make sure you don’t make the same mistake—and consign your employees to the same soul-sucking waste of hours—then here are some to things you shouldn’t ever say:

That’s Not My Job

Extra tasks or assignments usually come up during discussions. And sometimes, you get assigned tasks that aren’t part of your job description, tasks that are mostly likely suited to someone else’s talents and skills. However, saying “that’s not my job” outright could be deemed unprofessional, says Forbes. Instead, reason out why you believe someone else might be better for the job than you. But do it in private. Wait until the conversation is over and then approach your superior about it.

Everybody is busy, so that reason doesn’t fly. Plus, it can make your teammates hate you. However, you can say instead that you have so much on your plate that you fear you aren’t going to be capable of giving the project or task as much the time, effort, and attention that it requires. There are plenty of ways to say you’re busy without incurring the wrath of your teammates or your boss by trying to be flippant and saying you’re busy.

Opinions are often tossed around during discussions, but telling a coworker or superior that you think they’re wrong might not go over well. Instead, concentrate on any of the good parts or benefits of the suggestion and say that while that might be good, it might be a bit difficult to make this or that happen. Or say you could keep that suggestion in reserve. Just never, never reject an idea outright.

You often hear this all the time. “I want a better system,” or “I want to see more changes aligned with…”. That phrase is particularly problematic. If you’re an employee and you’re starting your sentences with that phrase, then it isn’t appropriate. At work, what you want doesn’t matter unless that conversation is all about the company asking you about what you think can improve your performance at work. It’s not what you want that matters. What matters is what the clients or customers want. Instead of saying “I want to see some of this or that,” say “Changes that reflect this or that might be better because…” then support your claim with facts. By backing up your statements with reasons based on facts, you come across as a much credible and trustworthy employee instead of just a whiny one.

Nothing derails your reputation and career more than name-calling. Yes, you might have a bad experience with someone or a company, but be the better person. Have the moral high-ground to resist saying anything negative about them. A video conference for business from BlueJeans is going to be so much more effective if you all keep things on a professional keel. That way, potential clients or employees can see how classy and discreet you are. That’s also going to make you more trustworthy, which is an edge that could help you win an account or make your superiors like you more, both of which will bring nothing but good things to your career.

But We’ve Always Done It That Way

Resistance to change and innovation is the number one reason why many companies die. Remember Nokia CEO’s “we didn’t do anything wrong, but somehow, we lost” speech? Well, if you don’t do anything to embrace change or drive it, you’re dooming your team and company to an early grave. Strive to come across as someone who believes in changes in your meetings, who takes them on as challenges and sees them as learning opportunities. That way, you can build a team that trusts your judgment when it comes to getting ahead of the competition, of staying in the game by being competitive and relevant.

Meetings can be productivity killers if you aren’t careful. By knowing what you shouldn’t ever say during a business discussion, you have one less soul-sucking conversation off your plate. With more and more companies relying on business meetings online, it becomes more important for employees to have a solid idea how to conduct themselves properly. Keep these mistakes in mind to help you steer clear of anything that could derail your conversation or waste time—your time, and that of your team, management, and clients.

Ask Esther…I can be tearful in pitches – how do I hold it together? 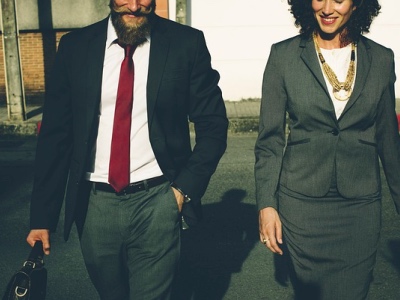 Thinking on your feet