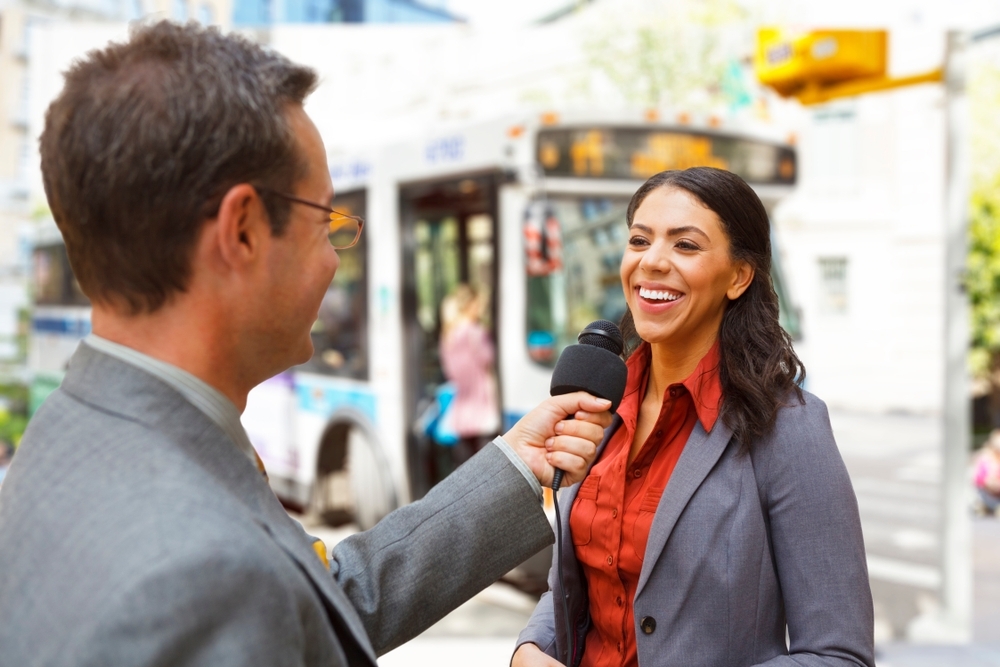 76 per cent of FTSE 100 companies would not say how many female broadcast spokespeople they have, according to a survey conducted by the not-for-profit, Broadcast Club.

The survey was sent to every director of corporate communications in each FTSE 100 company.

Just 14 companies completed the survey, including Ocado, Just Eat, Autotrader, Direct Line, Easyjet, Kingfisher and the Royal Bank of Scotland. The majority of these had high levels of female broadcast spokesperson representation. There was a 55-45 per cent (238 and 197 people) split between male and female staff of broadcast spokespeople currently going on air or broadcast trained.

Ten per cent of companies surveyed declined to comment, while the remaining 76 per cent didn’t respond, despite repeated chasing by phone and email.

The survey asked for the number of spokespeople each company had and how many of these were media trained specifically for broadcast news and female. It was important to distinguish between the two, as the survey showed that 215 spokespeople across 14 companies in the FTSE 100 are not trained for TV and radio and only for print and online press comments.

Broadcast Club, established in June 2018, is aimed at carrying out research, raising awareness, inspiring and encouraging FTSE 100 female expert women media spokespeople and giving them the confidence, training and skills to share their expertise on television and radio. The Broadcast Club also runs broadcast news for public relations executives in the FTSE 100 courses, and their PR agency may join in too.

Speaking about the survey, Kerry Hopkins, founder and president of the Broadcast Club, said, “After speaking to a number of companies over the past six years, I came to the conclusion that there may not be enough female spokespeople, and so I carried out this piece of research to get the numbers.”

“I am thrilled that out of those 14 companies surveyed, 45 per cent of media spokespeople are female.”

“But, why did 84 per cent* of companies not fill in the survey?”

“The lack of transparency that UK publicly listed corporations have displayed is concerning, which is ironic since it is about their media spokespeople, who are public facing.”

“We contacted each company several times, sometimes up to eight times.”

“Did some not fill it in perhaps because some have a lack of female media spokespeople?”

“Of those 14 companies who filled in the survey, 33 per cent of spokespeople were not going on air, or broadcast media trained.”

“One of our goals at the Broadcast Club is to get more spokespeople broadcast ready.”

” The Broadcast Club also recommend PR’s going on our one day broadcast PR course to help them deal with broadcast journalists better and see more opportunities.”