0
You have 0 items in your cart
Go To Shopping
Home > News > Current Affairs for Women > “I get abuse for existing”: Nadiya Hussain speaks out about racist trolls 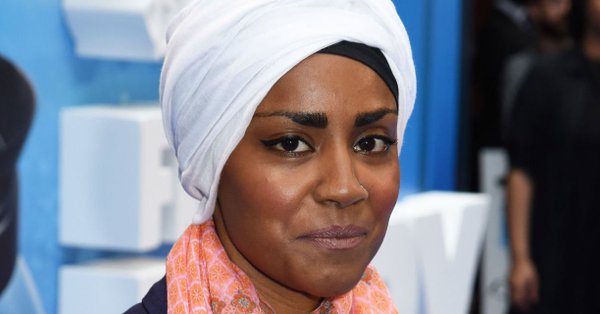 The Great British Bake Off winner Nadiya Hussain has spoken out about the racial abuse she receives on a daily basis.

Since appearing on the popular baking show in 2015, Hussain has openly spoken about been subjected to racism and online trolling.

Taking to Twitter, Hussain wrote: “I get abuse for merely existing.

“Too brown to be English. Too Muslim to be British. Too Bengali to eat fish fingers!

“There is no end! I exist, we all do! Sometimes I hate myself for simply breathing the same air, that I am so often told, I am not entitled to.

“So let’s just breathe our air, let’s exist, because what else are we supposed to do?”

Hussain, who grew up in Luton, London, continued to question why she receives so much abuse telling her to ‘go back to where you came from’.

“Why should I move? I’m fed up of being told to move, leave the country or go back to where I came from! Come up with something more original.”

The baker was featured earlier in the week on Mail Online article sharing her tips for Christmas and how her family celebrates the holiday.

However, Hussain received a string of abusive and racist comments for the article, which was entitled: “Bake Off’s Nadiya Hussain reveals her husband does ALL the chores at Christmas as she shares her tips for a stress-free day – including three ways to entertain children of any age”.

Some of the comments included: ‘Christmas advice from a M U S lim!’, ‘that lot don’t celebrate Christmas’, ‘I don’t want tips on Christmas from this woman- Shall I give her my tips on Eid?’.

Hussain has since read the online comments and responded. “I read this before bed last night. Let’s just say I didn’t get to sleep quickly and when I did I had nightmares. Lost for words.”
0Shares
Nadiya Hussainracial abuseracismtrolling
Previous PostOne in four say same-sex couples should be ‘charged as criminals’Next PostDustin Hoffman accused of sexual harassment against a 17-year old intern