For many years now I have suffered severe pain in my groin and lower stomach, over the years I have been given a range of tablets by various doctors to control the pain, but nothing has ever really worked. I have undergone many tests in hospital to try to establish what was causing the pain but to this day it remains a mystery.

Whilst out shopping one day last October, I was once again doubled up with pain and feeling completely miserable. I walked past a Chinese herbalist shop called “Chinaworld”. I stood gazing through the window for a while and then plucked up the courage to go in and ask for help, since then I have never looked back. I was immediately given an appointment to see the doctor who spoke to me at length about my pain, he was amazed when I told him how long I had suffered and as a result he suggested I tried acupuncture.

I was very nervous at the thought of having needles stuck in me, quite frankly it made me want to turn around and run for miles. I confided in the doctor about my fears and he made me feel very relaxed and explained that the needles were not in the least bit painful. Compared to the pain that I was experiencing anyway I decided I had nothing much to lose other than the money.

Acupuncture itself is not an instant pain relief and it takes several weeks for you to notice any improvement. The needles do not hurt, occasionally they may focus in an area that is a little bit sensitive and you may find yourself wincing, but it terms of actual pain, it rates around 2 out of 10.

My Doctor enhanced my treatment with the use of cupping. Cupping is the use of glass jars whereby the air is removed from the jars using a flame inside and then the jar is placed on and around the point of pain. Cupping is a strange sensation and feels like your skin is being sucked up in a vacuum. It is uncomfortable, but again, not painful. When the jars are removed they can occasionally leave a ring on your skin that resembles a bruise, these normally fade within a week.

The treatment cost £200 for ten sessions (attended once a week) and personally I think the treatment is worth every penny. My pain is now manageable and I can honestly say it has been reduced by around 80 percent. I still have the occasional flare up but in general I now can go weeks without any pain. So for me, acupuncture is marvellous and I would recommend it to anybody.

Would I recommend it?

Personally I believe it is worth every penny.

Only on sensitive areas, but generally no.

Is it value for money?

How long before you can return to work?

Straight away, there are no after effects that stop you working.

* you may need more than one course of treatment.

Leonnie has worked with the WATC team for over 5 years. Leonnie also runs her own Design company www.destinydesigns.co.uk.
Previous PostCity Guinea BotoxNext PostClearStep – The Invisable Brace

Are you waking with the “Twilight look?” 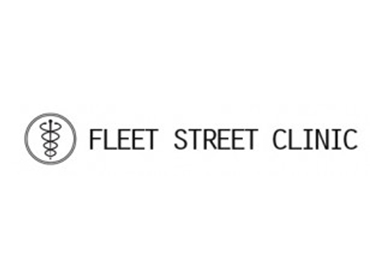