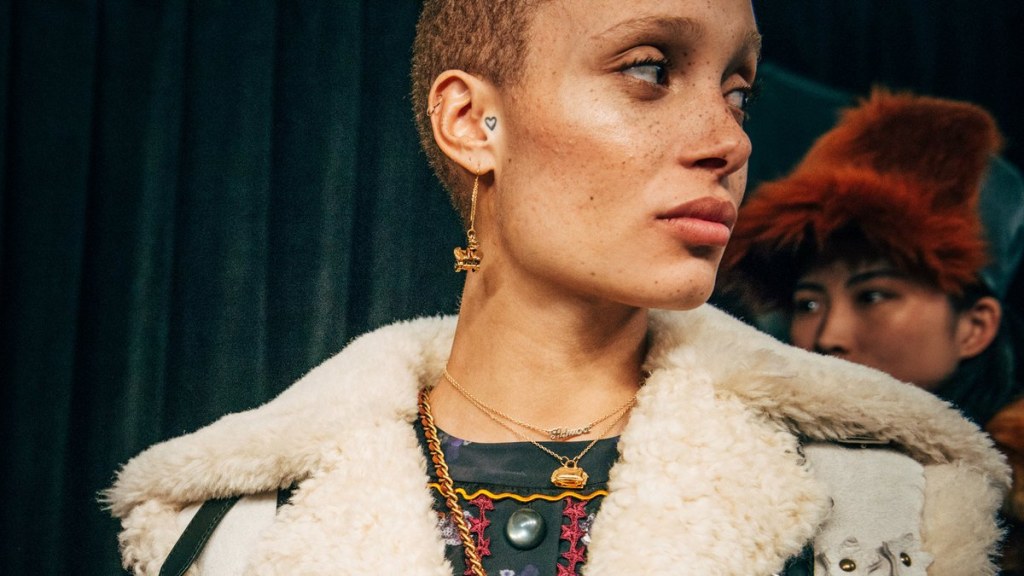 Gurls Talk, an online ‘safe space’ for young women to discuss mental health, had it’s first festival in London over the weekend.

There was also a pop-up Claire De Rouen library, a Coach ‘Dream Station’, a photo studio and more.

It was created back in 2015 by Adwoa Aboah, as a platform on Instagram for women to share their stories about mental health.

The mental health platform aims to counteract the negative effects of social media on young women by creating an open dialogue about their issues.

Adwoa is an advocate for diversity in the modelling industry, featuring on campaigns for Dior, GAP and Miu Miu. She was also on the cover of American Vogue with six other models of differing skin tones and body shapes.

She also speaks at schools about depression, addiction and mental illnesses prevalent in young women today.

A talk by Adwoa started the festival, followed by poetry, arts and crafts and dance workshops. In the afternoon, there were talks by relationship expert Karley Sciortino, intersex model Hanne Gaby Odiele and feminist author Laurie Penny.

Of the festival, Aboah said: “I always think, what I would have thought of something like Gurls Talk would have come into my school, or how would I have felt if I’d heard there was this one-day festival happening in London.”

“I think I’d have definitely gone, I started Gurls Talk because it was everything that I needed at school.”

Adoah continued to explain that she would speak out about mental health forever: ‘The moment I opened my mouth and started speaking about my depression, about my suicide, all of that, I knew this was something I was going to do forever.”

“I wasn’t going to put one foot in and turn my back on it when it got too difficult. Sometimes it gets a bit (overwhelming) I think because I just don’t feel like I’ve earned it yet.”

“But that’s only cause I’m a massive critic of myself, I still feel like I’ve got lots more to do.”

Conversations at the Pond: Talk to the wildlife – it works wonders for your mental wellbeing!