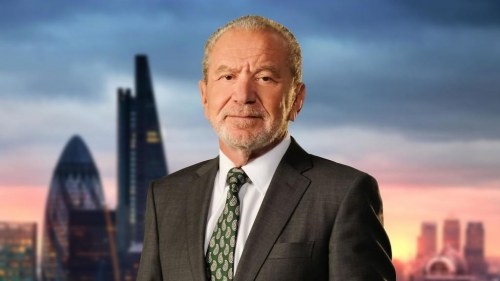 Lord Alan Sugar has said women can narrow the gender pay gap if they insist on more money.

While promoting the new series of the BBC’s The Apprentice, Lord Sugar said, “I don’t think transparency over pay is the correct thing.”

“It’s a private issue and I think it’s disgraceful, actually, that the BBC were forced to publish what people were earning.”

He continued, “I don’t believe that people should publish what people are earning to start the debate that ‘Charlie earns this, and Celia only gets that, but she does the same job’.”

“I don’t think that was right.”

In July, the BBC revealed the showing extent of their gender pay gap and female representation.

The BBC released the wages of its biggest stars for the first time, which showed that only a third of women were amongst the highest earners.

“Her agent should come along and say, ‘Hold on, I know how much Charlie’s being paid and I want more for my lady to do it’.”

“She’ll have to decide what she wants to be paid.”

Lord Sugar also revealed that he doesn’t think that the BBC are paying its talent enough money.

Speaking to The Sun, he said, “I actually think the problem with the BBC is that they don’t pay their talent enough.”

“They don’t overpay for anything, they are restricted by the hierarchy not to be competitive.”

“They can’t compete, that’s why they lost The Voice and Bake Off because they wouldn’t pay for the format.”

Alison is the Digital Content Editor for WeAreTheCity. She has a BA Honours degree in Journalism and History from the University of Portsmouth. She has previously worked in the marketing sector and in a copywriting role. Alison’s other passions and hobbies include writing, blogging and travelling.
Previous PostBritain’s most flexible workplaces are unveiledNext PostWomen are underinvesting in pensions and investments