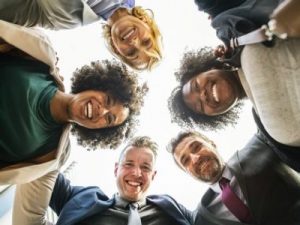 Google trends data shows that ‘allyship’, as a term, was more popular in June than at any point since it started collecting data in 2004.

The killing of George Flloyd and the events that followed clearly prompted this interest in the term. What’s telling is that,  just three months later, searches have nearly dropped to the same levels as before.

National Inclusion Week – worlds apart this year from what it was in 2019, just 12 months ago – is a fitting time to talk again about allyship and what it really means.

Black Lives Matter helped expose what allyship is and why it’s important. Yet one of the things it made really clear is that hashtags and other pacifisms just don’t cut it. Certainly, these actions raise awareness and they are a start – blacking out social media pages in solidarity is a positive idea, but if that’s the beginning and end of your activism, it’s a cop-out. To have a meaningful impact, it’s got to go beyond the symbolic. It has to be followed through with ongoing action.

Businesses do want to understand how to be allies to ethnic minorities, and how they can make their workplace cultures inclusive for the long-term. The issue is that they don’t know how.

Let’s clear up the most common misunderstandings: allyship is not about speaking on behalf of minorities,  nor is it self-defined. And it’s not a heroic act.

At its heart, effective allyship is making your words and intentions actionable. This can cover a whole host of things: donate to charities, volunteer, speak up against injustice, educate yourself. Every privileged person has a platform, and that platform can be used to make space for others’ voices, instead of speaking on their behalf.

In the words of Sheree Atcheson, global director of diversity, equity & inclusion at Peakon, allyship is ‘a  lifelong process of building relationships based on trust, consistency and accountability with marginalised individuals and/or groups of people.’

To be an ally is a continual work in progress. Yet in our tick-box mentality, this causes a disconnect because it’s not a case of once an ally, always an ally; nor is it something we should label ourselves as. It’s something that’s earned.  A recent US study, conducted in June this year, revealed that around four in five white employees consider themselves allies to other races and ethnicities. However, just 26% of black women, for example, feel they have strong allies in the workplace.

Nobody is born a perfect ally – it’s a constant learning journey. When you learn any new skill or vocation, you’ll make mistakes along the way. The same goes for allyship: you’ll say the wrong thing, you’ll overstep the mark. Own it, apologise, learn and do better.

And that does mean allyship can be spiky.

It can mean asking tough questions. Calling people out for racism and discrimination; acknowledging your own biases, and those of your teams. It might often mean being disliked, invalidated and debated. Despite four in five white employees identifying as allies, just 41% of white men and 38% of white women have called out racial discrimination at work. That leaves a sizable gap between saying and doing.

It’s an exercise in boat-rocking, and for those who’re happy to stay in the cabin, the experiences of those being marginalised just won’t resonate in the same way. Part of your job as an ally is to figure out how to get through to the majority, help them understand the systemic issues they’re contributing to, and show them how they too can be allies. It requires you to get comfortable with discomfort, though once you have these conversations, it gets a lot easier – like ripping the Band-Aid off instead of slowly peeling it.

Workplaces can do a lot to help with allyship, too.

As always, education is key. While business leaders are now starting to actively listen, the onus isn’t on those experiencing discirmination to tell them what they’re doing wrong and why it might be hurtful. It might feel counterintuitive, but constant learning is essential – read up, watch films, listen to podcasts. The material is out there, and it needs to be digested and understood by any workforce hoping to be allies.

For businesses, the next step is to then facilitate meaningful change by involving employees impacted by exclusion. Ask for feedback, not by forcing them to reveal what they dislike, not demanding they speak up – just asking them what they’d like to see changed. If they don’t feel comfortable discussing it, then bring in independent experts who have the knowledge and experience to navigate what is a complex journey. 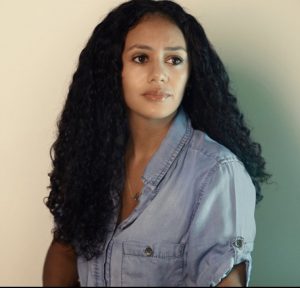 Emma worked at senior level with global brands for a number of years, which brought great professional reward, but also anxiety and depression. In 2012, she began a healing journey through therapy, self care practices and alternative healing; and in 2018, she decided to share her story of hope and survival through the creation of Surviving Sundays, a storytelling platform that offers hope and inspiration to anyone who is experiencing poor mental health. Today, the blog has extended to an events series with Soho House and a podcast.

In 2019 Emma became a qualified Mental Health First Aid Instructor, and now trains others to become Mental Health First Aiders using the MHFA program and her own lived experience to offer rich learning, that enables course delegates to spot the signs of poor mental health and offer solutions within the workplace and community at large.