0
You have 0 items in your cart
Go To Shopping
Home > News > Current Affairs for Women > Almost 3,000 women in the UK launched a business this year Almost 3,000 women across Britain launched a new business venture since January 2016, with the help of the Start Up Loans Company.

The government-backed scheme’s study shows that almost 40 per cent of women launched a business. This is compared with the Office of National Statistics (ONS) figures, which show that nationally only 24 per cent of businesses, within a year old, are female-led.

The study also suggested that women in their 30s were most likely to set up a business, with 27 per cent of those aged 31-39 doing so. Over a quarter of these new businesses were established by women aged 25 to 30; while more than a fifth of businesswomen were aged between 40 and 49 years old.

London is the capital for female led business with a quarter of these new firms being established there, followed by the South West and the North West.

According to the company’s data, 40 per cent of these new businesswomen were previously unemployed.

Tim Sawyer, CEO at the Start Up Loans Company, said, “We are delighted to see more and more women successfully establishing new businesses.”

“We met women with different reasons for starting a new company, from overcoming unemployment, fulfilling their dreams to turning their hobby into a business.”

“However, having a company doesn’t only fulfil your dreams, but also help others. Our figures show that 1.3 jobs are created by every one of the loans issued to a growing company, which is very satisfying.”

Alison is the Digital Content Editor for WeAreTheCity. She has a BA Honours degree in Journalism and History from the University of Portsmouth. She has previously worked in the marketing sector and in a copywriting role. Alison’s other passions and hobbies include writing, blogging and travelling.
Previous PostThe path to interview success | Claire RobinsonNext PostChange- Our constant companion | Future Leaders Blog 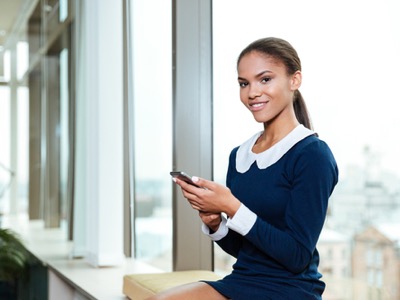