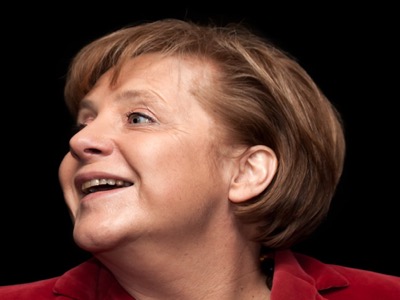 German Chancellor, Angela Merkel has won the country’s election for the fourth time, but only 31 per cent of women were elected to the Bundestag, the German Parliament.

Merkel’s party, Christian Democratic Union, together with its ally party, the Christian Social Union, achieved 33 per cent of the total votes. Merkel’s victory means that she has become the longest-standing female head of state to date.

However, the result was down from 2013’s results of 41.5 per cent of the votes. This year’s result is the worst in almost 70 years and Merkel still has her work cut out for her.

It is believed that Merkel lost a number of supporters with the rise of the far-right, Alternative for Germany (AfD) party. Many voters were against Merkel’s immigration policy, which saw a wave of refugees influx into the country.

The AfD, which is a relatively new party having only formed four years ago, is expected to take 94 seats in the Bundestag – making them the third-largest political party in Parliament.

The AfD’s rise to prominence has alarmed many Germans, with its far right policies. Germany’s foreign minister likened them to Nazis and protestors threw objects at police outside its campaign party in Berlin on Sunday.

Although the Chancellor achieved the highest majority vote, Germany’s proportional representation system means that Merkel is looking to form a coalition in order to achieve a majority government.

Speaking about the result, Merkel said, “We have started to analyse the voters we lost, especially with regards to those who went on to vote for the AfD, we want to get them back by good politics and addressing some of the issues.”

Alison is the Digital Content Editor for WeAreTheCity. She has a BA Honours degree in Journalism and History from the University of Portsmouth. She has previously worked in the marketing sector and in a copywriting role. Alison’s other passions and hobbies include writing, blogging and travelling.
Previous PostHidden Figures’ Katherine Johnson honoured by NASA with research facilityNext PostShonda Rhimes calls for more “realistic portrayals” of LGBT + on TV