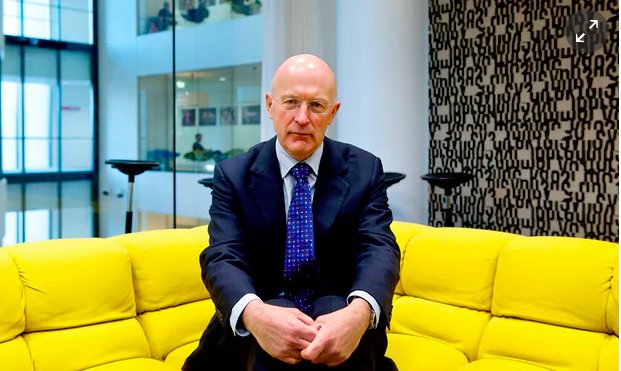 Women’s minister Anne Milton has accused Sir Philip Hampton, leader of a government review of women in business, of failing to understand the barriers that women at work face.

Hampton, a high-profile businessman will be chairing a government review which investigates the number of women in senior corporate roles.

The government recently announced to launch support and returnship programmes for those who have taken breaks from work to look after children or disabled loved ones.

When asked about Hampton’s comments on the pay gap, Milton said:

“Women like to do things properly and I think they are probably less demanding and the reasons for that are complex.”

“None of these things are straightforward … And none of them are reasons why women should be paid less than men. Absolutely not. It is inexcusable.”

Milton told The Guardian there were many economic reasons why companies should nurture their female talent, and explained that women needed to be encouraged to reach their full potential.

“Women returning to work sometimes settle for something slightly less,” she said.

“On average women’s earnings decrease by two per cent for every year they have off. So over say an eight-year period your chances of earning are significantly reduced.”

A senior MP, Milton was elected at the age of 50 after a career as a nurse. She said the gender pay gap was not closing sufficiently quickly.

“Change is not happening fast enough,” she said.

“Look back to the second world war when women were beginning to work in factories. We’ve shifted but not far enough.”

Finally, Milton explained that a shift in attitudes needed to happen before change occurs:

“I think there are attitudinal shifts that are necessary. Women even in full-time work tend to perceive that they are responsible for the childcare.”

She continued: “Even if they are not doing it, who employs the childminder and who sorts out the nursery? Is it always the woman or is it sometimes the man? We need to find out a lot more about that sort of thing.”

“If you are both working full-time and have friends round for supper, who cooks, who bears responsibility for how dirty the lavatory is?”

“Who takes on [things] – it’s something as women we do for ourselves. There are cultural and attitudinal things we do need to shift.”