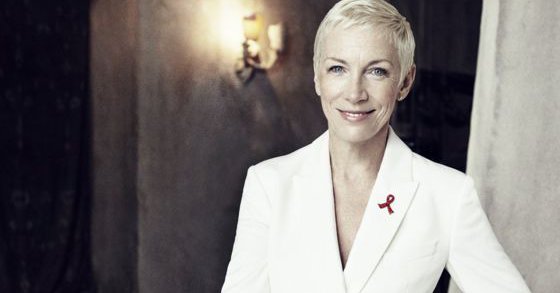 Singer Annie Lennox has been announced as the first female chancellor of Glasgow Caledonian University.

Her role as Chancellor will involve attending formal and ceremonial duties, supporting the University’s vision and conferring degrees on students.

According to a spokesperson for the university, Lennox was chosen for the role as she “embodies the mission and values of Glasgow Caledonian University”.

Lennox said she couldn’t wait to star the job.

She said: “It is truly a remarkable honour to be invited to become Chancellor of Glasgow Caledonian University.

I am humbled by it, and intend to serve this outstanding institution in the very best way I can.

“Following in the footsteps of such an exemplary individual as Muhammad Yunus is somewhat daunting, but I’m very much looking forward to working with everyone in a collaborative way, so I can be of good value to the students and the establishment of University.”

The former Eurythmics singer launched the SING Campaign in 2003 to raise funds preventing the spread of HIV/AIDS.

She received the Nobel Women of Peace Award in 2011 for her work on preventing HIV/AIDS, and for being an Ambassador for UNAIDS, Oxfam, Amnesty International and the British Red Cross.

This year, Lennox was honoured with the George Harrison Global Citizen Award for her recent philanthropic work.

Professor Pamela Gillies, vice-chancellor of GCU, said: “It’s a great privilege for us to welcome Dr Annie Lennox as our new Chancellor.

“She’s a social activist with a great passion for fairness in the world and her philanthropic and social-action duties around the world have literally transformed the lives of people, especially women and children.

“Annie will continue to direct the strategic vision of our Institution for the Common Good. We very much look forward to working together with her to deliver our mission.

“I’d like to pay tribute to Professor Muhammad Yunus, who has served us loyally over the last five years as our Chancellor.”