0
You have 0 items in your cart
Go To Shopping
Home > Culture > Occasions > On the anniversary of the first suffrage petition, women are urged to vote 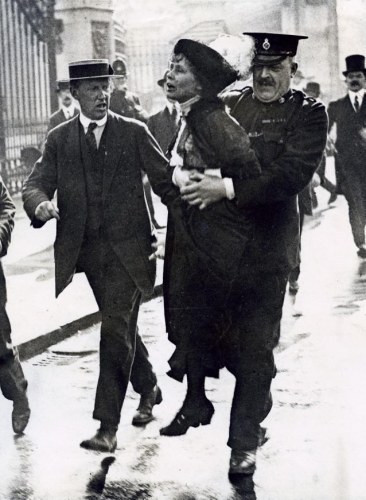 Women are being urged to vote in the 2017 General Election, on the 151st anniversary of the first mass women’s suffrage petition.

In 1865, the Kensington Society, a discussion group for middle-class women discussed the idea of petitioning for the vote. Barbara Bodichon, Emily Davies and Elizabeth Garrett drafted the petition and was duly signed by 1,499 women.

John Stuart Mill MP, who had agreed to hand the petition in if over 100 women signed it, presented it to Parliament on 7 June 1866.

The timing of the 2017 election also draws another parallel to the suffrage movement, as polling opens on the anniversary of Emily Wilding Davison’s death.

Davison was a suffragette known for her militant tactics. On 8 June 1913, Davison ran out in front of the king’s horse as it was taking part in the Epsom Derby. It is thought that Davison was trying to pin a suffragette flag or tie a scarf around the horse.

Despite being taught the history of the suffrage movement, young women are the least likely demographic to vote.

However, at the announcement of the 2017 General Election, a number of initiatives were created in the hope of getting more women to the polling stations.

#SHEvotes is just one such campaign, hoping to help women realise the power of their vote.

Speaking to Metro.co.uk, a spokesperson for the campaign said, “In a world where they are all too often silenced and marginalised, #SHEvotes want young women to realise how powerful they are.”

“When it comes to age and gender, young women are the least likely group to vote.”

“Women made up 52 per cent of the electorate in 2015, but many of them did not cast their ballot, and they are 31 per cent less likely to vote than men.”

“64 per cent of undecided voters are women.”

The campaign has since got a number of celebrity endorsements including Gogglebox star, Scarlett Moffatt and Clean Bandit singer, Grace Chatto.

Writing for The Telegraph, Sam Smethers, chief executive of the Fawcett Society said, “The fundamental truth is that unless you vote – whoever you vote for, woman or man – you don’t have a say in the future of the country and the future of women in it.”

“Arguably being a woman and being heard matters more now that ever.”

“So instead of giving your voting rights away, give thanks for the suffrage movement a century ago and turn out.”

“Just compare the effort required of you in visiting the polling booth to the contribution they made for all of our sakes.”

“No contest really, is there?”

Other groups have been active on social media, promoting the need for more women to vote. 50:50 Parliament, the Women’s Equality Party and Women’s March London have all posted on their Twitter pages encouraging women to vote.

The 2017 General Election will take place Thursday 8th June, with polling stations open from 7am. You can read our guide to the election, with the lowdown on each political party, here.

Alison is the Digital Content Editor for WeAreTheCity. She has a BA Honours degree in Journalism and History from the University of Portsmouth. She has previously worked in the marketing sector and in a copywriting role. Alison’s other passions and hobbies include writing, blogging and travelling.
Previous PostA guide to: General Election 2017Next PostWomen in the boardroom – A global perspective | Deloitte