Urban Voices Collective and Bond string quartet have teamed up with celebrated composer David Arnold to release the finale song from this year’s #March4Women: the classic women’s rights anthem “You don’t own me” reworked by Arnold, in aid of charity CARE International.

The song and video has been released on YouTube, Google Play and itunes, ahead of International Day of the Elimination of Violence Against Women.

The song’s release comes a few days after the centenary of women first standing in Parliament, a few days before the centenary of the first women being able to vote, and towards the end of a year which has seen an enormous focus on gender equality issues. The sense that the women’s rights journey is far from over echoes far and wide.

Urban Voices Collective and Bond first performed the song at CARE’s #March4Women rally in Trafalgar Square in March, a gathering of more than 10,000 feminists, led by suffragette descendant and gender equality campaigner Helen Pankhurst, to demand an end to sexual violence and sexual harassment in the workplace. The video features speakers from the day including Annie Lennox, actor Michael Sheen, presenter Sue Perkins, Bianca Jagger and Mayor of London Sadiq Khan.

Proceeds from the song will go to CARE, whose work includes empowering women and girls worldwide, ensuring women and girls can exercise their rights and live a life free from violence. The video features women from various CARE women’s empowerment projects around the world.

Helen Pankhurst said, “The song is beautiful – it captures the defiance, the verve and the solidarity that characterises March4Women, and the current movement for gender equality more widely.”

“This version of “You don’t own me” acts as an apt soundtrack to the centenary year – a year that has shone the light on how much still needs to be done.”

“The music is uplifting, the video makes you smile, and the proceeds from sales will go to support women and girls worldwide – what a wonderful combination.”

David Arnold added, “It’s vital for men and boys to be part of the conversation around gender equality.”

“Change happens when we all work together, and music is a powerful catalyst for change.”

“This song in particular, originally sung by Lesley Gore in 1963, has become a popular anthem for equal rights.”

“UVC and Bond more than do it justice with their distinctive and formidable sound.”

Watch the video below: 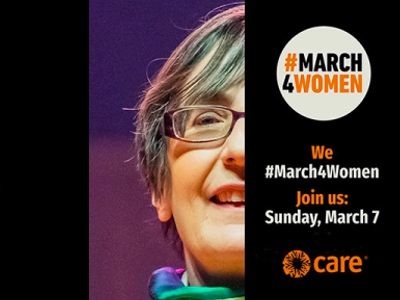 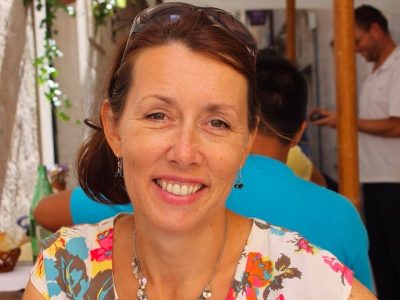 Helen Pankhurst CBE on International Day of the Girl