0
You have 0 items in your cart
Go To Shopping
Home > Career Development > Careers for women > Are women ready for media challenge?

Increasing the gender balance in the boardroom is now a well established best practice in most serious companies. There has been widespread lobbying from government and from representative groups which has focused not just on fairness but also on the wealth of untapped experience not being brought to the board table. Smart companies see it. Major high street retailers thinking they can appeal to a largely female spending habit without female representation at the helm would be seen as naive at best and negligent at worst. So things in the boardroom are changing.

But not in the studios of our mainstream media outlets according to Primedia Solutions (www.primediasolutions.co.uk), a high level media coaching consultancy who claim that their clients are predominantly male, and that they struggle to convince the successful female population…..those who are now starting to populate the boardrooms…that an active media profile is not only important for their brand, but also as a demonstration to the next generation that despite the perceived barriers to women succeeding the opportunities are alive and well.

All of which led to Primedia Solutions pulling together a star studded group of professional women at the Covent Garden salon of ‘Ten Years Younger’ celebrity hairdresser Andrew Barton this week. Not, as they went to great pains to emphasise, did those present need to look ten years younger, but they did need to look in the mirror and ask themselves why they keep avoiding  their ‘fifteen minutes of fame’.

Entrepreneur, award winning business angel and non exec director on several boards, Dale Murray recounted her own experiences of facing the camera on Apprentice You’re Fired,CNBC and other appearances, concluding that it wasn’t half as scary as it might first appear. The make up artists, dismissed by the alpha males as threatening, are embraced by women as an absolute prerequisite to camera work sending them into the den looking and feeling their best. So, nothing to be feared and everything to be gained? Absolutely, agreed Sue O’Brian, CEO of international headhunting firm Norman Broadbent. Acknowledging that in her Sainsburys days when she first encountered media training she dismissed it as of limited value, her sense now is that ever form of presentational training is hugely beneficial whether it’s an appointments panel or a TV camera to be faced. As a long time campaigner for more women at the top of their professions to speak out, she encouraged everyone to make use of the available training budgets and get media coached to the highest levels.

So what do those who create the fear think? Siobhan Kennedy, Business anchor on Channel 4, reinforced the journalist perspective that their driver is to create good balanced broadcast. The best way to do so is by having well prepared confident interviewees engaging in quality debate. But to be balanced, women interviewees are needed, to balance out their male counterparts. And, sometimes, interviews are cancelled simply because no women are ready and willing to play their part.

So whilst the balance appears to be moving in the right direction in the boardrooms, it still has a way to go on our TV screens.

So what magic can Primedia Solutions work? It’s a mix of confidence boosting to get over the self esteem issues, and of cognitive recognition that performances can be pretty powerful that’s the trick. Which all means that professional one on one confidential coaching is at the heart of it. ‘We make the experience as real as possible to embed confidence and remove the fear barriers’ they say.

Well they seem to have been removing the barriers in Coventry Garden as they moved on to the fun part of the evening of advice from celebrity hairdressers, style consultants and make up artists.

No wonder no one left early.

Would you like to view some of the pictures from the Primedia Solutions: Women In Media event? Click here to view the photo gallery. 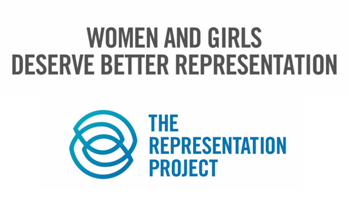 Inspirational videos: How the Media Failed Women in 2013