Larissa Waters, an Australian senator, has become the first politician to breastfeed in Parliament.

Returning from Maternity leave for a vote on Tuesday, the Green party member fed her two-month-old daughter, Alia Joy.

The lower house recently joined the Senate in allowing breastfeeding, but no MP’s had until Tuesday. Children were banned from the chambers and breastfeeding lawmakers were given a proxy vote. Waters, co-chair of the Green Party, was among those campaigning for change.

Speaking to the BBC World Service, Waters said:  “It’s frankly ridiculous, really, that feeding one’s baby is international news. Women have been breastfeeding for as long as time immemorial.

“I had hoped to not only be able to feed my baby but to send a message to young women that they belong in the parliament.”

Waters later tweeted: “So proud that my daughter Alia is the first baby to be breastfed in the federal Parliament!” Waters tweeted soon after. “We need more #women & parents in Parli.”

The subject has been widely acknowledged in many parliaments around the world. In 2016, Spanish MP Carolina Bescansa, from the Podemos (We Can) party, was met with praise and criticism for taking her baby into parliament and breastfeeding him.

Last year, a report on diversity in UK politics recommended that allowing breastfeeding in the House of Commons should be considered.

She told Sky News: “Women have been doing it [breastfeeding] in parliaments around the world … It is great to see it is able to occur now in the Senate.

“Women are going to continue to have babies and if they want to do their job and be at work and look after their baby … the reality is we are going to have to accommodate that.” 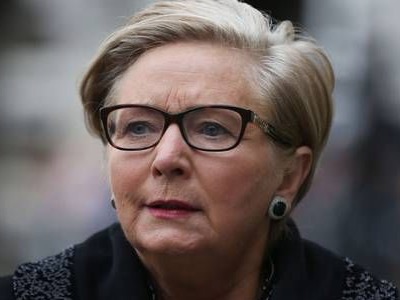