0
You have 0 items in your cart
Go To Shopping
Home > News > Current Affairs for Women > Bank of England release figures showing 26.4 per cent gender pay gap

The Bank of England has released its latest figures showing a gender pay gap of 26.4 per cent within the organisation.

According to the new statistics, the median average salary a woman earned was £41,082, while the median salary for a man was £61,807.

Despite the improvement, the figures are currently higher than the national average. According to the Office of National Statistics, the average pay gap for a woman in the UK is stands at 19.2 per cent lower than a man; while in the public sector the gap is 11.4 per cent.

The Bank has attributed the pay gap to the lack of women in senior roles. Currently, 60 per cent of the organisation’s female employees are in the lowest two pay quartiles and only 32 per cent are in the highest paid.

However, the Bank’s figures show an improvement in the number of women in senior roles. In 2015, there was only a 25 per cent female representation at senior levels, but this has risen by 3 per cent in 2016.

Within the report, the Bank of England said, “At the Bank we have set clear targets and made good progress in promoting gender diversity.”

“The direction of travel is encouraging with female representation at senior management level increasing from 25% in 2015 to 28% in 2016.”

“The Bank still has much to do to ensure we have a sufficient pipeline of female staff in our senior management team.”

“Diversity remains a key pillar of the Bank’s strategy.”

“Our goal is to attract and inspire the best people in public service. We want people with diverse ideas, willing to challenge and debate, and we want them to feel empowered at all levels, to take the initiative.”

The Bank has established a number of targets to improve the figures, including 35 per cent of senior management to be female and for there to be an equal 50:50 split on all levels below that.

The Bank has released its’ figures ahead of the government’s requirements to publish gender pay gap figures in April 2018.

Alison is the Digital Content Editor for WeAreTheCity. She has a BA Honours degree in Journalism and History from the University of Portsmouth. She has previously worked in the marketing sector and in a copywriting role. Alison’s other passions and hobbies include writing, blogging and travelling.
Previous Post15/10/2016: 12-Hour business workshop marathon for future female CEOsNext PostWomen’s Rugby League World Cup to be held alongside men’s for the first time 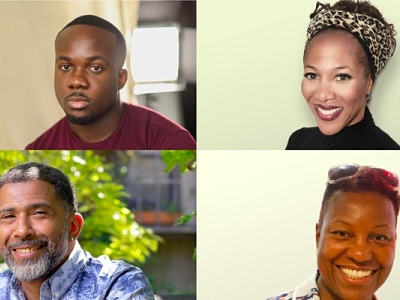