Barbie has created a video as part of its You Can Be Anything campaign, aimed at inspiring girls to use Barbie to imagine everything they can become. The Imagine the Possibilities two-minute video shows five girls acting out what they want to be when they grow up. This includes a vet, a museum guide, a college professor and a US soccer coach. The careers were chosen by the young actresses themselves, who play out their dream jobs in front of unsuspecting adults with hidden cameras capturing their reactions.

For example the soccer coach tells her team: “Knees up, like a unicorn. Higher, higher!” The video ends with the aspiring college professor, discussing how the brain works, talking to her Barbie dolls and givng them a lecture in her self-built auditorium in her bedroom.

The ad campaign, by Barbie creators Mattel, is aimed at millennial parents who believe that Barbie plays into an unattainable female stereotype.

Ruth Handler, Barbie’s Creator is quoted on the campaign’s website as saying: “My whole philosophy of Barbie was that, through the doll, the girl could be anything she wanted to be. Barbie always represented the fact that a woman has choices. “

Earlier this year Barbie also release seven new skin tones to its lineup and in addition the company created President and Vice President dolls, after partnering with She Should Run. The intent was to encourage girls to aspire to reach positions of leadership. Barbie has previously released a President doll, but the new campaign also features a Vice President. The idea came after Barbie worked with the Girl Scout Institute, which had discovered that just 39% of girls say they want to be a leader.

View the full You Can Be Anything – Imagine the Possibilities video below:

0Shares
BarbieCareersLeadershippresidentVideo
Previous PostConnect and Compel As You Write | Show Up and Sparkle BlogNext PostIn Her Shoes:

The three frustrations of a manager…and how to overcome them 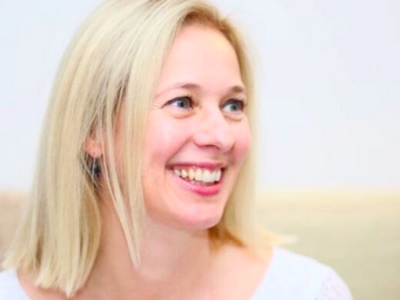