Baroness Newlove and Jenny Campbell have joined the board of the Women Of The Year Awards.

The longstanding organisation celebrates and highlights the achievements of women from across the UK.

Baroness Newlove has shown immense strength and passion for victims’ rights and social reform since her husband Garry Newlove was murdered in an unprovoked attack in 2007. She has worked tirelessly to make communities safer and, after being awarded a peerage for her selfless campaigning in 2010, was three years later appointed Victims’ Commissioner for England and Wales. She was voted Woman Of Achievement in 2015.

Jenny Campbell is known to millions as one of the investors from the long-running BBC series Dragons’ Den. After leaving school at 16, she began her working life counting cash in a bank, rising through the ranks to become one of the few senior female bankers in the UK. She left the corporate world to turn a failing cash machine business into a leading pan-European concern which she sold to an American Company quoted on the New York Stock Exchange. Winner of Business Woman of the Year 2014, Jenny now helps young people harness their entrepreneurial spirit.

Speaking about her appointment, Baroness Newlove said, “I am delighted to join Women Of The Year, an organisation which very much shares my ethos and values of celebrating women who provide inspiration across all areas of society.”

“Women Of The Year has done so much to deliver the deserved recognition of women in the UK who have made a difference. It has revealed the strengths they have in so many areas.”

“I look forward to meeting and hearing more about the remarkable women who give so much to the fabric of this country and adding my voice to theirs.”

Jenny Campbell said of the appointment, “Winning Business Woman of the Year in 2014 was a huge milestone for me and one that really helped further ignite my passion to champion British women in business.”

“It is a fantastic accolade that shines a light on my favourite motto – drive, dedication and determination – and I am extremely proud to be joining the team spearheading the awards. I’m really looking forward to meeting all the inspirational ladies across the country who have such a significant impact on our society.”

Women Of The Year director Zalena Vandrewala added, “We could not be prouder to add Baroness Newlove and Jenny Campbell to our already considerable list of high profile female achievers.

“Women of the Year could not wish for two more inspirational and committed women to join us, women who we know will add so much to the organisation, and bring a wealth of knowhow, ability, and experience. They are women who have truly made, and continue to make, a difference.” 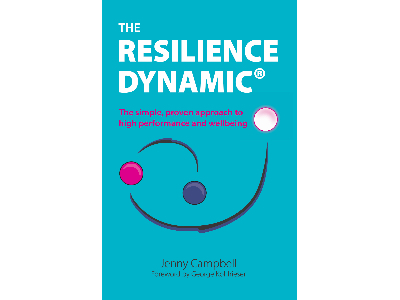