BCS Women, together with WeAreTheCity, to discuss emerging technologies and automation with women from across the technology sector.

After arriving to reception drinks and initial networking, guests were introduced to the discussion by Sarah Burnett, Deputy Chair of BCS Women and Vice President at Everest Group.

Opening the night, Burnett said, “The sector is struggling to hire new talent and with new recruits, they are about more than bits and bytes.”

“From personal experience, there is a lot of very capable girls at university that had no idea what technology could offer.”

“The face of tech is not being talked about enough and we still refer to it in very techy ways.”

Continuing, Burnett said, “Emerging technologies are creating new jobs, but some of these still sound very technical. They are becoming more humanised though and user interface has become better and better. We all use iPhones, Galaxys and the like.”

“Automation is creating more interaction between the two sectors – tech and business. This might appeal to more women who are looking for more than bits and bytes.”

Joined by keynote speakers from robot automation companies, BluePrism and Thoughtonomy, the panel spoke of the benefits of automation. Alex Bentley and Mandy Downham, from BluePrism told the audience about how companies were introducing robots to their teams more and more. Using the example of Xchanging’s embracement of automation, they argued the benefits of freeing up employee’s time.

Bentley said, “The pace of the business world moves so fast that the technology world can’t keep up with traditional methods.”

“Automation will take away and almost free up, those mundane issues so that employees can focus on other things.”

“We don’t want to focus on it from an angle of getting rid of people. That scares people and they think robots will take over the world.”

Downham continued, “Just consider you have 24 hours in a day and you do get three times as much productivity from robots. You don’t have to deal with awkward leaving do’s, emotional things or out of offices.” Terry Walby, Chief Executive of Thoughtonomy, said, “It is refreshing to be in an industry event, where I am in the minority, because it is genuinely very rare.”

Speaking about encouraging more women into the industry, Walby said “A lot of new roles are being created, but what is less great is the distribution of our staff. We have a reasonable good diversity but not a very good gender diversity.”

Concluding the evening with light refreshments and a panel discussion, Walby asked, “How to we attract more women into these roles?”

Alison is the Digital Content Editor for WeAreTheCity. She has a BA Honours degree in Journalism and History from the University of Portsmouth. She has previously worked in the marketing sector and in a copywriting role. Alison’s other passions and hobbies include writing, blogging and travelling.
Previous PostHow to Bounce Back From RedundancyNext Post9 ways you could be sabotaging your success 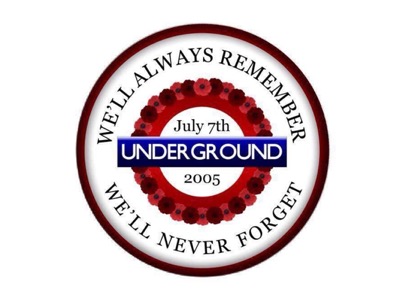 15 years on | Remembering the London bombings