Lomas, 36, wearing a bionic suit, completed the half marathon before the elite men, women or wheelchairs. She started the 13.1-mile course on Wednesday morning, crossing the finish line at 10am on Sunday.

She walked the course using a revolutionary bionic exoskeleton ReWalk suit, alongside her husband Dan and her support team, raising more than £10,000 for the Nicholls Spinal Injury Fund on the way.

After completing the circuit, Lomas also announced that she is expecting a second child and is 16 weeks pregnant.

Lomas, from Leicestershire, was paralysed from the chest down in a horse riding accident in 2007. The accident, which occurred as she took part in the Osberton Horse Trials in Nottinghamshire, left her with a broken neck, back and ribs and a punctured lung.

Speaking of her achievements, Lomas said, “I’m so relieved to have finished. It was incredible. I had so much support from everyone on the course.”

“Anyone can come out and have the motivation, and for someone like her to do that is pretty amazing.”

“We just need to encourage other people to do it, and I just want to congratulate everyone who’s behind her and herself. For her to have the courage to complete is pretty amazing.”

Alison is the Digital Content Editor for WeAreTheCity. She has a BA Honours degree in Journalism and History from the University of Portsmouth. She has previously worked in the marketing sector and in a copywriting role. Alison’s other passions and hobbies include writing, blogging and travelling.
Previous PostIn Her Shoes: Julia Bowler | Management Consultant, CapgeminiNext PostBritish police to consider allowing female officers to wear burkas 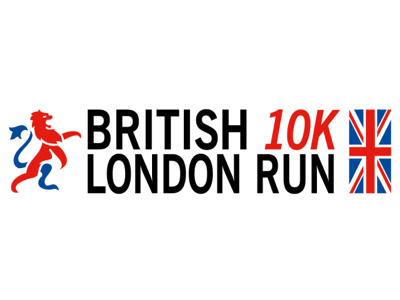 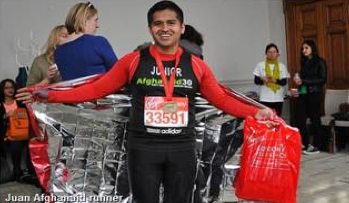 London Marathon 2015 places are open – and we need you! 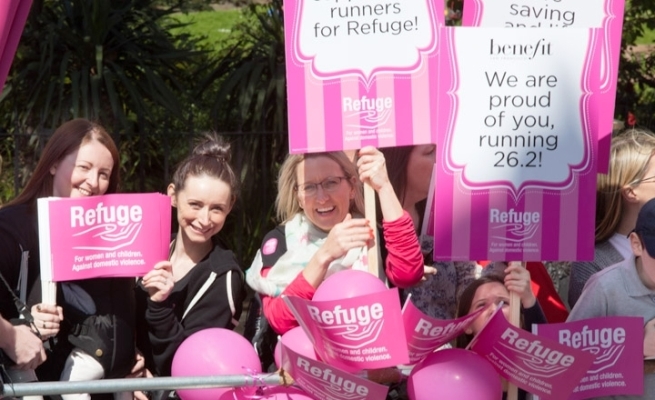 Refuge has only a few remaining places on our London Marathon team! 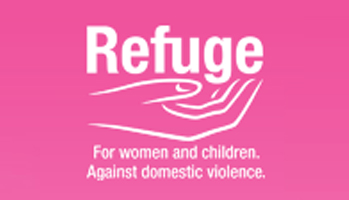