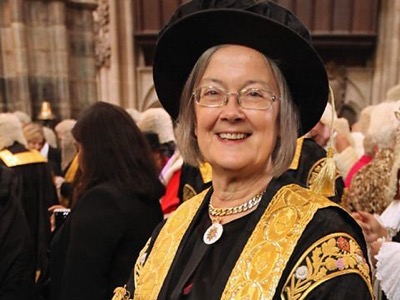 Lady Brenda Hale has been sworn in the president of the UK’s Supreme Court – making her the first woman to hold this position.

Lady Hale’s appointment was announced in a statement from Downing Street in July 2017 and she succeeds Lord Neuberger in the role.

The Supreme Court also swore in Lady Jill Black as Derwent of Justice – the second woman to be appointed into the Court.

You can watch the Swearing-in Ceremony here.

Lady Hale is no stranger to firsts – in 2004, she joined the House of Lords as a Lord of Appeal in Ordinary, the only woman to have ever been appointed to this position.

Prior to this, in 1984, she became the first woman and the youngest person to be appointed to the Law Commission, overseeing a number of important reforms in family law.

Lady Hale studied law at Girton College, Cambridge and was called to the Bar in 1969. She was also the founding editor of the Journal of Social Welfare and Family Law.

Earlier this year, Lady Hale appeared alongside the cast of the play, The Disappearance of Miss Bebb, which celebrated the legal challenge that led to women being allowed to become solicitors.