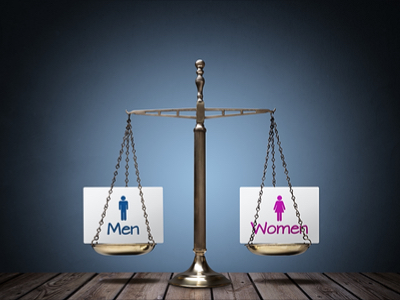 Bursting through the gender box is such a huge topic.

As an active advocate for gender equality (in my mind that stands for equality for both genders) I’ve been for years asking myself the question: ‘Why have we not reached equality between the genders, despite all the researches that show the benefit of gender equality, all the books about the topic, all the leadership programs, all the conferences etc?’

Researching for the book I’m currently co-writing with Nicholas Haines: The Story of Boxes, the Good, the Bad and the Ugly, coming out this autumn, we are seeing more and more how the ‘Bad and sometimes plain Ugly-Gender Boxes’ are unfortunately way too often holding us back from being true to who we are, limiting us from being the change we want to see in our world.

It’s important to recognise here that the gender boxes are not always bad or destructive. We’ve created boxes that give us a sense of safety, belonging and community, as well as a sense of identity – and a place to be ourselves. The challenge is that boxes often have a good, bad, and ugly side to them.

Due to the often hidden drivers behind the boxes you can be totally blindfolded for the box you are either finding yourself in or you have placed another person in. When you are blindfolded, no wonder you are not aware of your reactions – and no wonder nothing will change, right?

Awareness is truly the first step. Once you become aware, you can take the steps to move yourself forward.

Give you one simple example to ponder on.

John and Susan are getting married. They are both madly in love, know deep inside they have found their soul partner. John wants to take equal part in all the preparations for the wedding preparations. He loves planning parties and for him, this is going to be the party of their lifetime – Susan is thrilled this is going to be their big day! However, they both are finding them a little out of the norm for some reason.

Johns friends and family talk about ‘his last weeks/days of freedom’ and Susan is constantly getting questions about the plans for the wedding day directed to her personally – after all, it’s her big day, they say.

John and Susan become aware they don’t want to be placed into this particular ‘Wedding-Box. In their opinion, that box is limiting them from having the freedom to plan and execute their wedding day in a way that serves them both.
Being true to themselves, they decide to have fun, stir the conversations up and use this opportunity to burst through the gender box by turning all the conversations around and started to talk about how;

Did their reactions stir things up for their friends and family, and ruin the wedding?

It did stir things up in a good way. And no, it surely didn’t ruin the wedding. On the contrary, John’s and Susan’s ‘fun’ way of stirring the ‘old-wedding-box’ rituals up gave their family and friends open space to explore their own behaviours. That created new conversations that opened up tons of boxes their family and friends wanted to explore. Making their wedding day even more memorable for all.

Here’s a food for your thoughts. Whether you accept it or not, you are already in a ‘Gender-Box’ – how does it show up for you as a good, bad or plain ugly box? 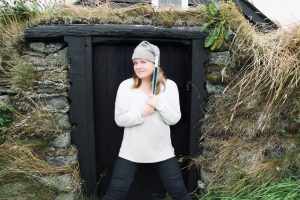 Rúna Magnus, a creative and fast forward thinking lifetime entrepreneur from Iceland is the founder and CEO of The Change Makers: a group of world class trainers, teachers, transformational thought-leaders, dedicated to helping today’s leaders and politicians to catapult the change they want to see in their organisation, community or country.

Author of the book and programs ‘Branding your X-Factor’, Rúna Magnus played a leading role in Iceland’s National Assembly of 2009 where the nation’s leaders collectively worked together to reinvigorate the country following their economic crash. The group tapped into the values and future vision of the island nation and transformed Iceland’s economy by branding their uniqueness and X-Factor.

Rúna has transformed her career and currently dedicates her work to supporting leaders. She started the movement #NoMoreBoxes which contributes to breaking stereotypes and taboos on gender, race, religion and more boxes imposed on people by society.

Follow link below to be added to the VIP list and get notified when our book ‘The Story of Boxes, the Good, the Bad and the Ugly’ is out with the possibility to get a complimentary copy. https://www.nomoreboxesmovement.com/thebook