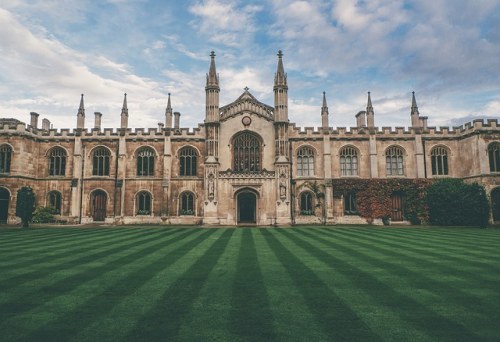 The University of Cambridge is hiring a sexual assault and harassment adviser, in what is said to be a first for UK campuses.

It’s announcement comes after mounting pressure from the National Union of Students regarding how universities deal with sexual assault.

Nearly one in five students admitted to experiencing assault or harassment in their first week of term, according to a 2015 study carried out by the National Union of Students.

Despite this figure, over half of freshers said they wouldn’t know how to report a sexual assault at their university, leading to calls for the system to be reviewed and replaced.

According to the job advertisement, Cambridge will pay up to £37,000 a year to the chosen candidate for offering “specialist emotional and practical support.”

They will work with the police, the local sexual assault referral centre and Cambridge Rape Crisis to strengthen the support network for assault survivors.

A university spokesperson spoke to the BBC about the job:

“The university is continuously and actively working to improve the prevention, response, support and investigation of all instances of harassment, hate crime and sexual misconduct.”

They continued: “This new post has been created to supplement and bolster advice and support available to students through the college tutorial system, and in particular offer a source of specialist support to students.”

A 2014 study by Cambridge University Students’ Union found that 77 per cent of those surveyed had experienced sexual harassment, including unwanted ‘groping, pinching or touching,’ and catcalling.

Almost 30 per cent of respondents had experienced sexual assault, with 96.3 per cent of students admitting to not reporting the incident.

Back in June, Cambridge footballers were reprimanded by Jesus College at Cambridge for misogynistic chanting about rape and sexual assault.

A spokesman for the University said it is ‘continuously and actively working to improve the prevention, response, support and investigation of all instances of harassment, hate crime and sexual assault.’