0
You have 0 items in your cart
Go To Shopping
Home > Career Development > Returning to work > You can come back – the door is always open, but it might look different on the inside I always said that I was a real careerist, but a few years ago I realised that motherhood was my most important role.

I left the working world because my son needed me – the easiest decision of my life.

But the transition was hard. I had never seen myself as being someone who didn’t have a career and I left work with no plan. I didn’t know how long it would be until my son was better and therefore had no idea when – or if – I’d be able to go back.

Six months in, my son was thriving, thank goodness. Then an unexpected opportunity came my way and I grabbed it with both hands. I’d always been interested in fashion and had the chance to launch a luxury rainwear brand, La Mack. It gave me the opportunity to find my balance but also to find my entrepreneurial spark. It was a great experience for me and I learnt a lot that was so useful in my return to work.

Get as far as you can

Getting as for as you can before you want to take a break really strengthens your position when you step back in.

Achieving something new be it a baby or a new business gives you confidence when you come back. You have absolutely learned new skills. Push through the fear!

Keep in contact with those you worked with previously. Connect on Facebook and LinkedIn – stay connected with those people. It not only keeps your head in the game but ensures people don’t forget you. Have lunch with those people – any conversation might lead to something.

It’s the same, but different

Things have changed but the fundamental problems are the same – problems like repositioning the agency, finding the right skill set to retain that, attracting the best talent, winning new clients and keeping your old ones. Those problems are still there but the capabilities you need are different.

You must remember to believe in what you already know. The tank of experience and knowledge you have built up over the years – has not eroded because of time.

I was given a great piece of advice at WACL – on money. When you come back to work and ask for your new package act as if you are asking for that money for someone else. Or think you are asking for it for your kids – to pay their school fees, or to have that family holiday you desperately need so you can have more time with them. Think of them and think that you deserve it.

I live by the 10 minute rule. When you have a list as long as your arm at work and are juggling home life too, try the 10minute rule. Take a task off that list, focus yourself and give yourself 10minutes to do it effectively. The result means that being effective gives you more time back – and we could do with some of that.

Steve Harrison once said if you read three books in your career you will be the most well-read person in marketing. And, I truly believe if you do not know something then pick up a bloody book and learn about it! Having worked at some of the best known creative agencies in the UK, Fiona Scott joined PSONA at the beginning of 2016 with a remit to build awareness of the agency’s depth and breadth of offering.

In a break from the agency world a few years ago, Fiona even launched her own fashion brand, La Mack London, from scratch. The upmarket, luxury rainwear brand ended up being ordered by Harrods and was featured in glossy titles such as Tatler and Drapers.

Bringing this entrepreneurial zeal to PSONA, Fiona is excited about the opportunity to build the UK’s most exciting customer engagement agency of the past ten years. Besides which, her name rhymes with the brand – it was obviously meant to be.

Away from work, Fiona is a keen runner who can usually be seen being dragged on her daily trot by her enthusiastic dog Jack.

How can working mothers adapt to a new work-life balance during COVID-19? 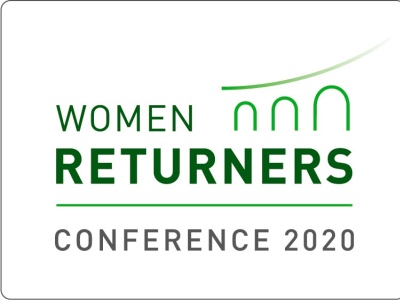