0
You have 0 items in your cart
Go To Shopping
Home > News > Current Affairs for Women > Can I see into the future?…I am a Woman of Tomorrow I was recently lucky enough to win an IPA Campaign Woman of Tomorrow award – an award spotlighting female influencers and aiming to encourage younger females to enter the advertising, media and digital industry.

All a bit frightening when I think of my little 8 and 9 year olds who are roughly only 10 years away from getting a real job. In their future I hope they will be put forward for the Person of Tomorrow award in a gender equal world.

I hope this conversation stops way before they even leave school. Only fools can’t see the unequal debates we are all having on a daily basis are wrong. Just when I think ‘it’s not that bad’ I find more evidence of our mountain still to climb. The elephantinthevalley.com report has been my heart-breaking read of the year. As a tech female creative I have always been a minority but I liked to think of Silicon Valley as a utopia of tech togetherness. However I’m disappointed and saddened that the tech world is so riddled with unequal gender stories. That’s why International Women’s Day and IPA Woman of Tomorrow awards are still so important – because the gender equality gap remains prevalent in many industries.

The 3% Movement has taught me that only 11% in my industry (advertising) are “female” creative directors. Let me translate that to something relevant; that means 89% of the advertising and communications you are fed through all your online touch points, billboards you look at, the magazines your read, newspapers and TV adverts come at you from a male perspective.  That’s ok for half of the population, but we are missing something if we think that’s ok for the other half. The female population is making over 80% of the consumption decisions in this country, ranging from cars to food. The powerful female super-spender. It just makes sense to have a good diversity of gender creating a balanced and mixed perspective in our media and communication channels. Changing the way women and men are presented and portrayed. Changing the stereotyped and the clichéd.

In the future, as a Woman of Tomorrow, I can see it’s partly my responsibility to help rebalance this. I have been flagged as a future female leader. I had the spotlight shone on me to show others there are women in senior roles and they are changing the ratio. I want to give hope to young female creatives who, without role models or mentors, might not believe they can do it, they might not believe they can have children and still do their job. They might think it’s all for nothing.

I want to change the future for my children. They have already been damaged and conditioned by TV, their distorted fairy tales and their pink and blue toyshops. But this future generation now all hack and code, they all play football, they all work together and learn how to be great citizens and respect each other’s talents no matter who they are. Imagine your daughter wanting to become a CEO. My girls believe they can be and do anything – and I don’t want them to stop believing.

We all need to do our part to help change the gender ratio and create diversity. I don’t want to build an echo chamber and massage female egos, I want women to work with men and together change our agencies and teams. We need to move away from rigid policy and create flexible structures so people can share childcare and share jobs. We need to make our industry attractive to keep the good staff and bring our mothers back to work. Technology enables us to stay connected, share and track work, meet on the move or have an interactive review. I can virtually hangout with people in the city or from around the world, it’s not hard.

So we can all educate our boys and girls and challenge our male and female colleagues about respecting each other, listening to each other’s ideas, understanding we are different and have different skills and perspectives. We need to call people out and say what’s wrong, what’s unfair or unkind. We need to help businesses get to the truth and be more honest. We need to be smarter and less short sighted. And yes – girls can!

I want to say thank you to all the Women of Yesterday who got me to the great place I am in today. 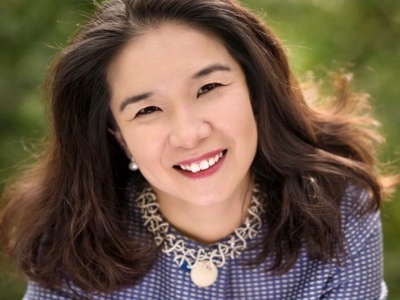