0
You have 0 items in your cart
Go To Shopping
Home > Career Development > Careers for women > How can women respond to challenges facing UK’s female leaders? 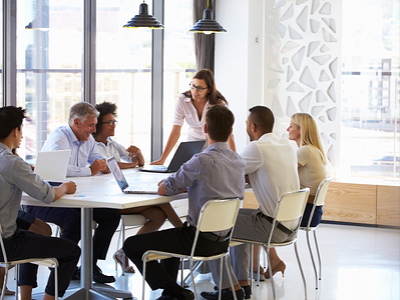 If you’re a female leader (or aspiring leader) in Britain, you face quite a few challenges.

The number of women in key leadership positions in 2017 leaves a lot to be desired, while more and more organisations are lifting the lid on their own gender pay gap deficiencies.

A new report on FTSE 100 CEOs published by the Chartered Institute of Personnel and Development, has clearly demonstrated that gender imbalance is still hugely prevalent within the UK’s largest public companies. In fact, there are fewer female CEOs present in the top 100 than men named David, Steve or Stephen.

Figures from the Office for National Statistics show that the average gender pay gap for all UK employees in 2016 was 18.1 per cent, down from 26 per cent at the turn of the Millennium, and there is evidence that overt sexism is on the decrease. However, following the recent release of the BBC’s gender pay gap shortfall, and the news that journalists at the Financial Times have voted in favour of taking industrial action if the newspaper does not agree to close its 13 per cent gender pay gap, these figures demonstrate that gender bias is still very much with us.

Stereotypes are so deeply embedded in our culture that we are often unaware of how they affect our behaviour. As a female leader, there are steps you can take to change the way others perceive you.

There are some things women can do to really make a difference to their career progression, Rosemary Moore-Fiander head coach at leadership consultancy Cirrus, shares her thoughts below.

What got you here won’t necessarily take you forward

You may have achieved a management or leadership position because of your expertise in a specific area such as finance or marketing. That’s great. However, to become a great people leader, take every opportunity you can to develop ‘soft’ skills such as motivation, persuasion and communication. Success correlates just as closely with confidence as it does with competence. And confidence can be learned.

Position yourself with clarity

Prepare for every meeting. Make your business case, check your facts and figures, and plan what you’re going to say. You’re much less likely to be knocked off course if you’ve thought hard about what you want to achieve – and how you’d like to achieve it.

Observe how colleagues behave towards you and aim to recognise any patterns. By anticipating how others may respond to you, you can think of alternative ways of raising issues in order to break patterns of behaviour.

There is evidence that leaders who talk about ‘we’ and ‘us’ rather than ‘I’ and ‘me’ demonstrate consideration and an outward focus. However, I hear a lot of women using ‘we’ more than they really need to. If you’re presenting your own point of view, let others know that ‘I’ think this.

Few things are more stressful than feeling you have to behave in a certain way. Be yourself and trust your instincts. You do not have to know all the answers. Ultimately, this will win you respect.

Challenge the status quo – especially if you’re the only woman in the room. Aim to look at every challenge from a fresh perspective and provide a unique opinion.

Don’t worry about being liked

Aim to build positive, professional relationships. Focus on business goals and on creating a constructive workplace culture in order to achieve those goals.

Research shows that men speak more than women do in meetings. Be aware of this and consciously contribute. If someone interrupts you, call it out. You may be perceived as pushy (research demonstrates this too), but if more women don’t speak up, we’ll never smash that glass ceiling.

You deserve to be here

Many women with notable achievements have high levels of self-doubt. Overcome imposter syndrome by exploring your own definitions of success and failure. Be objective and separate the irrational from the logical.

Many people will say to you that gender bias doesn’t exist in today’s workplaces. Plenty of research demonstrates that it does. Most of this bias is subtle rather than overt. All of us – women and men – need to become more aware of gender bias. When you see it, highlight it. And as a leader, do something about it. 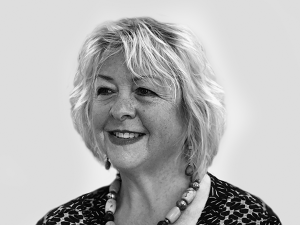 Rosemary has more than 25 years’ experience as a leadership coach and has worked with some of the world’s biggest organisations to implement positive change for female employees.