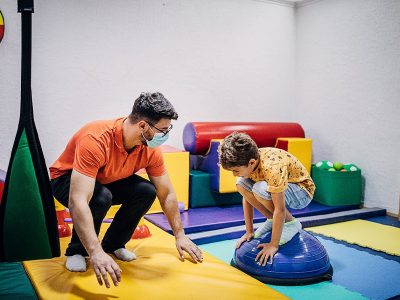 Greg Bortkiewicz speaks to WeAreTheCity about the Independent Visitor scheme

In January 2021 the Government commissioned an independent review of children’s social care.

The final report was released in May this year and paints a bleak picture. The panel found that without a dramatic reset to the entire system, in 10 years there will be 100,000 children in care (up from 80,000 today) and the system will cost £15 billion per year to run (up from £10 billion today).

As the report states, the current system needs an overhaul. The most recent inspections of the effectiveness of local authority children’s services found that 50 per cent either require improvement to be good or are inadequate.

Another interesting insight from the commission is that too often, children don’t have an adult on their side to amplify their voice. They are surrounded by professionals who come and go and make decisions for the child without consulting them.

Many of the recommended changes to the system will require Government intervention. However, there is something that we can all do to make a difference – become an Independent Visitor (IV).

And I’m sure that every local authority is always on the lookout for more volunteers – especially men, who are less likely to become an IV than women.

The IV programme is a statutory service that matches a volunteer with a child in care. An IV’s remit is relatively straightforward – to visit and befriend their child and provide a stable relationship with an adult that is there because they want to be, not because it is their job.

IVs are asked to commit to a two-year period and are expected to meet their child every fortnight (though there is flexibility depending on the circumstances of both the volunteer and child). The hope is that many matches continue long after the initial two-year commitment.

Volunteers can claim expenses for travel and have a small budget for each visit, as the emphasis is on spending time together and building a relationship, rather than going on expensive trips. That said, leftover money can be rolled over to save up for a bigger activity.

Crucially, children are at the heart of the process. The 2008 Children & Young Persons Act says that children and young people in care, aged from around 8 to 18, who would benefit, must be offered the opportunity of having an ordinary adult in their lives. Children are told about the IV service, and every step of the way it is their choice if they are happy with their match and want to continue the relationship. This is a meaningful way to empower children when they are so used to having decisions made for them.

My experience as an Independent Visitor

I want to use this opportunity to share my experiences and bring to life what it means to be a volunteer.

I registered interest with my local authority, Brighton & Hove, after seeing the opportunity on a volunteer website. Before then, I had never heard of the service.

I received training along with a handful of other new volunteers, which gave us all insight into the children’s care system, safeguarding, and tips on dealing with potentially difficult conversations.

When it comes to the match, the service works hard to find a strong match on the first attempt as they do not want to put the child off by bringing volunteers that don’t gel with them. That meant I had a long conversation with the coordinator from Brighton’s IV service about my interests,  hobbies and what I envisioned doing with a potential match. I was also asked about my preferred age for a match.

I’m delighted to say that I was matched with a young boy this summer, and we’re still going strong. We both love football and though we’ve gone on a couple of trips (including to a bouncy castle theme park where we played ‘it’ for an hour!), I think he’s most enjoyed the visits where we kick a ball around in the park.

For me, it’s such a small commitment to make for the impact it has. If I wasn’t spending my time with my child, I doubt I’d be doing anything productive, but for him it’s a time when he can get out of the house and have some fun. After just a few visits he gave me a hand-written letter saying how he liked spending time together with his new friend, and it was one of the best things I’ve ever been given.

Can you make a difference?

I’m sure most people haven’t heard of Independent Visitors, just like I was unaware. And I’m sure that every local authority is always on the lookout for more volunteers – especially men, who are less likely to become an IV than women.

So, my challenge to anyone reading this is to do three things: