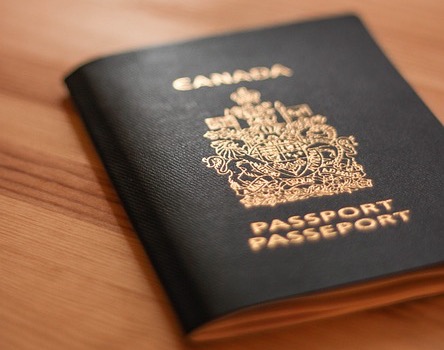 Canada has announced that it will be introducing gender-neutral passports.

A gender-neutral option will now be available on Canadian passports, in the latest move from Justin Trudeau’s government to promote LGBT rights.

Canadian passports will now have an “X” option, alongside the pre-existing “M” for male and “F” for female options. Alongside passports, all other Canadian government-issued documents are set to become gender-neutral.

Ahmed Hussen, Canada’s immigration minister said, “All Canadians should feel safe to be themselves, live according to their gender identity and express their gender as they choose.”

“By introducing an “X” gender designation in our government-issued documents, we are taking an important step towards advancing equality for all Canadians regardless of gender identity or expression.”

Canada is not the first country to introduce gender-neutral options on government official documents. Australia, Bangladesh, Germany, India, Malta, Nepal, New Zealand and Pakistan all have options for its citizens to declare themselves gender-neutral.

Despite this the UK is yet to allow such an approach for its own official documentation. Previously, the Women and Equalities Committee has previously recommended that gender-neutral terms be introduced, as traditional terms are “distressing” for transsexual people.

In July, a Canadian baby became the first child ever without gender designation. The baby has been issued with a health card without a gender marker.

The baby’s parent, Kori Doty, identifies as neither male nor female and prefers to use the pronoun they.

Presently, the health card has been marked with a ‘U’, which could mean either “undetermined” or “unassigned”.

Because of this, eight-month-old Searyl Atli doesn’t have a birth certificate and will not be issued with one without a gender designation.

Parent Doty is of the belief that just inspecting the baby at birth does not determine the gender they will have or identify with later.

Alison is the Digital Content Editor for WeAreTheCity. She has a BA Honours degree in Journalism and History from the University of Portsmouth. She has previously worked in the marketing sector and in a copywriting role. Alison’s other passions and hobbies include writing, blogging and travelling.
Previous PostFive free tools for entrepreneursNext PostMars, Venus or Earth: do we need to mind the gender communication gap?