0
You have 0 items in your cart
Go To Shopping
Home > Career Development > Careers for women > Is it time to make a change? 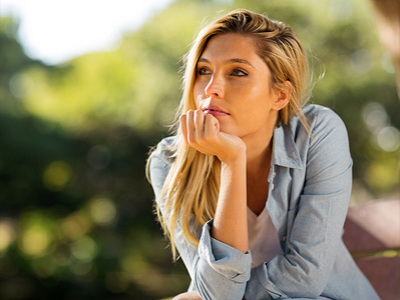 The benefits of changing career and how to go about it.

Harrison Ford is well known for film roles such as Indiana Jones and Han Solo. However, before becoming a full-time actor, he spent 15 years as a professional carpenter. Anybody can make a career change and it doesn’t have to involve becoming a celebrity. Here, Claire Leigh, director at Staffordshire and Cheshire based recruitment agency, Brampton Recruitment, discusses the benefits of changing career and how to go about it.

In the past, it was common for people to start a job at an early age and stick with it until retirement. Nowadays, there are numerous opportunities for people to change jobs even across completely different industries. While the idea of a single career path isn’t dead, it is becoming more common for people to go through at least one career change in their life.

There are many reasons why people change career. Some want new challenges and experiences, or a job with better long-term sustainability. Others change career to suit their personal circumstances. For example, they may be starting a family and need more money or time at home.

Another reason people change career is because they’re unhappy in their current role. Job satisfaction is now taken very seriously and tends to lead to greater individual productivity. Therefore, it’s in the best interests of employers and employees that everyone in the company is happy in their job.

Daniel Sutton spent three years as a pharmacist but wasn’t happy with his job, so he decided to change career. “I was highly qualified to do very mundane work and the budget cuts were making the job extremely stressful,” he explained. “I was especially concerned because patient safety and wellbeing were involved and with the mounting pressure there was an increasing risk of errors.”

How to go about it

Making the decision to change career isn’t a choice that should be made lightly as it can take time and be emotionally challenging.

Brampton Recruitment’s consultants help people change career by getting to know both them and the culture of the company they are interested in. We help people identify what they liked and didn’t like about their previous jobs and what they want from their new job. For example, some people don’t want tight deadlines whereas others need challenging objectives to work towards.

With this information, the consultants are well positioned to make unbiased, suitable suggestions. This can be extremely helpful for people looking to change career, but are unaware of the opportunities available to them.

Another barrier people often face when changing career is a lack of relevant experience. It’s important that recruiters look at candidates on a skills basis, rather than just focusing on experience. While experience is important, it is just one of many factors that make someone suitable for a role

This approach helped Sutton identify the transferable skills he could apply to other jobs and examples of times he had demonstrated them. “During my degree and pharmacy work I became skilled at dealing with customers, working in a team and demonstrating attention to detail,” he explained.

“I started to apply for jobs but wasn’t having much success,” he continued. “I booked an appointment with Brampton Recruitment and they suggested a career in IT as I had expressed an interest in computers. That same day I received a phone call about a vacancy for an IT support role and a day later I had a telephone interview with the manager of the company”.

Sutton’s decision to apply for an entry level job, rather than taking time consuming and expensive qualifications first is often a more suitable approach. Its important people learn about the company culture, career development opportunities and the type of work entailed to make sure the job is suitable for them. Once this has been ascertained, it may then be beneficial to undertake additional qualifications.

Taking on a temporary role can be a great gateway to a permanent position. Brampton Recruitment helped one of its candidates secure a temporary job as a purchase ledger clerk for a week and a half. During this time, she demonstrated her strong work ethic and transferrable skills, which led to a permanent job offer.

Sutton was also offered a temporary position in IT support and he hopes it will soon become permanent. “I wanted a job that would enable me to continue interacting with the public, which this job provides,” explained Sutton. “It also gives me more prospects for career development and I may even have the opportunity to try different jobs in the IT sector”.

If people are not happy in their job, I would highly recommend considering a change,” he continued. “Brampton Recruitment were extremely friendly and helpful in getting me to where I am now”.

Harrison Ford and Daniel Sutton are just two examples of people who have made successful career changes across completely unrelated industries.

Established in 2006, with two branches in Newcastle-under-Lyme and Knutsford, Brampton Recruitment services the Staffordshire, Cheshire and Greater Manchester regions 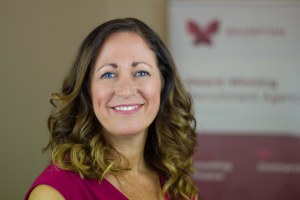 How to get started with a career change

Changing career in your 30s: What you need to know

Do Something Great: explore a career in health and safety