0
You have 0 items in your cart
Go To Shopping
Home > Blogs > Life of a Lady Blog > Career women: Four tips to get a date from the man you want

Well I wish I had this advice when I was dating (as my daughter puts it: “in the olden days”) – but I am indebted to Lisa Copeland who is a dating coach – where else but in America. And I have added my own thoughts (quite a lot) based on the fact I was happily married for a Loooooong time before my husband died three years ago. I have worked with women all my career – on women’s pages of national newspapers and magazines (I once wrote a column for Cosmo) and at my networking lunches over 10 years. I have mixed with top women in politics, the law, banks, you name it.

The picture is the same now as it ever was: women who are attractive, intelligent, solvent and with interesting lives but cannot find “nice” men. And in restaurants I can’t help noticing tables filled with men having a great time with mates – and no women in sight.

Online dating is too often a source of frustration and failure. I know a family in Cape Town where the daughter had a torrid email relationship with a man in Alaska. They decided to marry and when he arrived in her home town, they wed three weeks later – only to find that in time he couldn’t cope with the weather so left to return. But what did he leave behind – a sobbing woman four months pregnant.

Of course there are happy online outcomes – I know quite a few actually – but many savvy women become despondent at the very thought of having to go back to dating after a relationship ends.

This where we come to the nub of the problem. Lisa has found that most women have only a vague idea of the kind of man they look for. Or what men look for in the women they’d like to date and maybe, if all goes well, have a relationship which suits them both.

She gives some tips which, in her experience, you can start using right away. I have amended them quite a lot to take in the difference between Americans and us Brits.

Tip 1. Appreciate a man for who he is.

It may sound obvious but men aren’t women. Yes yes that book Men are from Mars was right. They don’t think like a woman, nor do they communicate like a woman. I once asked my husband to comfort a male friend whose wife had left him. When he came back from the pub, I asked how the friend was taking the split. “Fine,” was the answer. More questions proved the two men had discussed football, politics, indeed anything but talk about the elephant in the room. If a woman had been there that would have been ALL they discussed. Right?

Hollywood has messed with our heads on this one. On the big screen, they show us men like Tom Cruise’s character in the movie, Jerry McGuire, professing his love with romantic speeches that end in the famous words, “You complete me.” Real men show you their love or affection by cutting your lawn and giving you their coat when you’re cold. If you expect love to come in words, you could be waiting a long time. I had to twist my husband’s arm in our early days to get him to confess his feelings yet by his actions (he once brought my raincoat to the office because the forecast was heavy rain) I knew I was home and dry (literally!)

Tip 2. Demands on how he must be or what he must do will send him running

Men dislike profiles of women who demand nothing less than the best restaurants or a certain salary to date them. Men have enough demands at work and from ex’s (just as you do!). I think if he prefers MacDonald’s to a decent restaurant then maybe he’s not your type! I remember when covering the wedding of Prince Charles to Diana Spencer for my paper seeing their TV interview and saying to my editor: “It won’t work – it’s Radio Four to Radio One”. And wasn’t I right?

Either accept him for who he is or let him go and move on. This is important as I had a friend who remodelled her bloke – she didn’t like his Northern accent nor what he was wearing and tried hard to ‘train’ him into the person she wanted to escort her. Do I have to tell you it was a short relationship – and she moaned its end because she said he was the best in bed ever!

Tip 4. A lot of men can be insecure when it comes to asking you out.

Men weren’t given a dating rule book and when they’ve been through bad relationships and divorce they can be insecure. So be kind to them and understand that as scared as you feel about dating, most of them are too.

Apart from that – good luck!

Read more from the Life of a Lady Blog here. 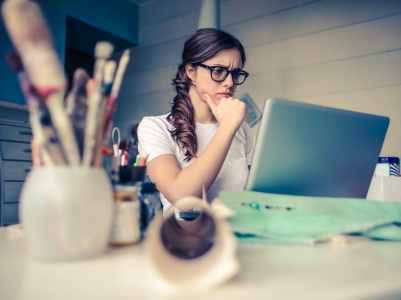 Five top tips to focus on to get a new role 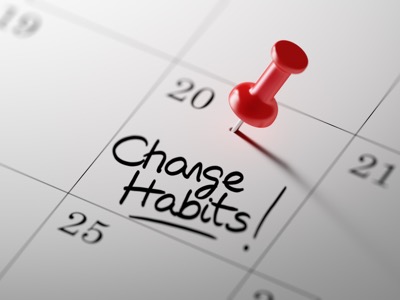 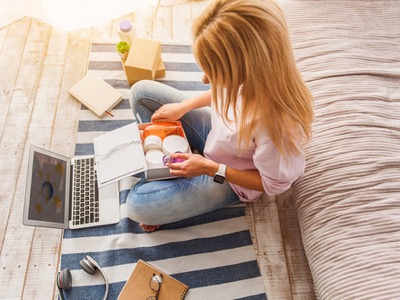 Top tips for working from home