0
You have 0 items in your cart
Go To Shopping
Home > Career Development > Careers for women > Carrie Fisher: Advocate for Mental Health

‘I’ve always been quite sane about being insane’

Carrie Fisher is best known for her iconic role in the Star Wars franchise, but the 60-year old actress left behind a legacy raising awareness for mental health.

Fisher, who sadly passed away in December following a heart attack, utilised her platform to destigmatise mental illness. She wasn’t just an actress; but a mother, dog lover and mental health advocate.

It has been Fisher’s openness about the subject and her witty, honest treatment of mental health that has transformed her into a role model for those afflicted with similar health problems.

First diagnosed with bipolar disorder in her 20’s, Fisher refused to accept the diagnosis until she managed to go sober at 28. She finally checked herself into a rehab facility after a near-fatal overdose.

She used her struggles to write a semi-autobiographical novel called Postcards From the Edge. The book was eventually transformed into a film with Meryl Streep taking the starring role.

Once Fisher was diagnosed as manic depressive and with bi-polar disorder, she became a woman dedicated to conquering her demons. She wrote about them in her 2008 autobiography Wishful Drinking, writing:

“One of the things that baffles me (and there are quite a few) is how there can be so much lingering stigma with regards to mental illness, specifically bipolar disorder,”

“In my opinion, living with manic depression takes a tremendous amount of balls. At times, being bipolar can be an all-consuming challenge, requiring a lot of stamina and even more courage, so if you’re living with this illness and functioning at all, it’s something to be proud of, not ashamed of. They should issue medals along with the steady stream of medication.”

The memoir goes into detail about her Hollywood childhood, her first marriage to Paul Simon, and trying to treat her depression through electroconvulsive therapy. Her openness about this therapy has helped to shed light on a treatment surrounded by stigma and doubt.

In 2013, the actress opened up to the Herald Tribune and explained the importance of continuing with a dream, regardless of mental illness.  “Stay afraid, but do it anyway,” she said. “What’s important is the action. You don’t have to wait to be confident. Just do it and eventually the confidence will follow.”

Fisher’s legacy is powerful not just from a creative perspective but for how bravely and frankly she opened up about her mental health problems. Proud to be an advocate, Fisher described:

“We have been given a challenging illness, and there is no other option than to meet those challenges. Think of it as an opportunity to be heroic- not ‘I survived living in Mosul during an attack’ heroic, but an emotional survival. An opportunity to be a good example to others who might share our disorder”

With Carrie Fisher’s passing, it is more important than ever in 2017 to create an open dialogue about mental illness and continue to touch upon a subject that affects so many women and men worldwide.

Long may the late actress’ legacy live on.

Previous PostPlanning a baby in 2017? How to make it positive for you and your careerNext PostFive Top Tips to prepare for meetings 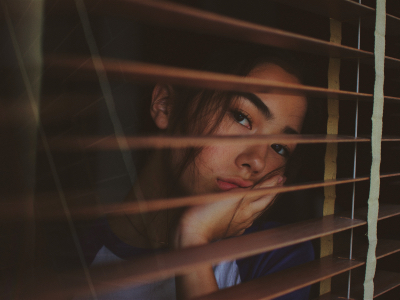 Battling depression in the workplace: how businesses can help

The seasons of depression – What is Seasonal Affective Disorder (SAD)?