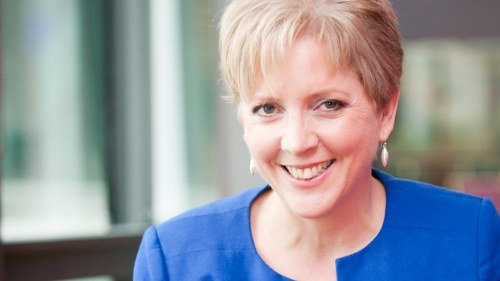 Journalist Carrie Gracie has reached an agreement with the BBC over her equal pay row.

In January, Gracie resigned from her role as China Editor over pay inequality for the BBC’s international editors.

In an open letter accompanying resignation Gracie said, “I believe I am very well paid already – especially as someone working for a publicly funded organisation.”

“I simply want the BBC to abide by the law and value men and women equally.”

Now, the BBC has acknowledged that Gracie was told she would be paid in line with the North America Editor when she took the role of China Editor, and she accepted the role on that understanding.

The BBC has also recognised the contribution Gracie has made to the organisation. During her tenure as China Editor, Gracie delivered reports, analysis and work, that were as valuable as those of the other International Editors in the same period.

In recognition of this, the BBC are backdating Gracie’s pay – which she has announced she will be donating to a charity set up to fund women needing legal advice on equal pay claims.

In a statement, Gracie said, “I am glad to have been able to resolve this with the Director-General – it shows that can make progress.”

“I’m also pleased that my work as China Editor has now been properly recognized by the BBC and relieved that this difficult period is over.”

“For me, this was always about the principle, rather than the money.”

“I am delighted to donate all the backdated pay from the BBC to help women striving for equality at work.”

BBC Director-General Tony Hall added, “I am pleased that we’ve been able to move past our differences and work through things together; we can now look to the future.”

“I’m also glad that Carrie will be contributing to Donalda MacKinnon’s project to make the BBC a great place for women to work.”

“That really matters to me, and I want us to lead the way.”

Alison is the Digital Content Editor for WeAreTheCity. She has a BA Honours degree in Journalism and History from the University of Portsmouth. She has previously worked in the marketing sector and in a copywriting role. Alison’s other passions and hobbies include writing, blogging and travelling.
Previous PostBe a disruptive leader | Step two: Leave your ego at the doorNext PostTakeaways from the Women in Silicon Roundabout Conference | Ellen Donnelly