Today (26 April) marks Lesbian Visibility Day, a day to celebrate the lesbian community and raise awareness of the issues faced by lesbian women. 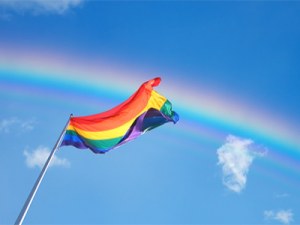 The day, which originated in America, aims to celebrate lesbian life, its culture and the diversity within it.

Thousands of lesbian women, alongside all of the LGBT community, still face a variety of discrimination every day.

It was recently reported that a 15-strong gang of men attacked a group of lesbian women in Portsmouth.

The homophobic attack left some of the victims missing teeth, and one woman said she feared she would die.

Sadly, attacks and abuse such as this are still all too common amongst the gay community and only highlight the need for days such as #LesbianVisibilityDay.

Despite more still needing to be done to educate people, there are a number of initiatives and campaigns to help the LGBT community.

Now more than ever, there are a number of high-profile celebrities who are visible as lesbians, such as Ellen DeGeneres, Clare Balding, Ruby Rose and Ellen Page.

Organisations such as BBC, HSBC and Lloyd’s are all actively involved in creating a diverse workforce and are supportive of the community.

There have also been calls for schools to teach children about LGBT issues, with both the National Union of Teachers and the Women’s Equality Party saying it should be compulsory.

To celebrate #LesbianVisbilityDay, LGBT charity Stonewall have released a video asking women why lesbian visbility is so important.

Alison is the Digital Content Editor for WeAreTheCity. She has a BA Honours degree in Journalism and History from the University of Portsmouth. She has previously worked in the marketing sector and in a copywriting role. Alison’s other passions and hobbies include writing, blogging and travelling.
Previous Post82 per cent of Brits think businesses over-complicate workplace benefitsNext PostFA charge Sunderland manager David Moyes after ‘slap’ comment