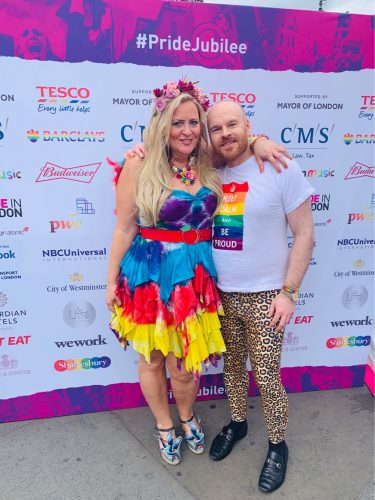 As an LGBTQ campaigner I have been pleased to see an increased awareness around the issues faced by bi people in recent years. There remains, however, continued stigma around bisexuality, both within the LGBTQ and straight communities, as well as a lack of visibility.

Before becoming an activist and writer, I worked in financial services in the City as a lawyer. Even within such a traditional environment, I was open about my sexuality which was widely accepted.

However whilst they made an effort around inclusion, the vast majority in the LGBTQ networks were gay men, with very few lesbians and no bisexuals.

That’s why I was thrilled when WeAreTheCity” asked me to write this piece.

Earlier this month, on 7 September, the first national Bi Pride was held in London. The event took place in Hackney and featued performances, panel discussions and keynote speakers from across the LGBTQ family. It was well attended, and the largest bi pride event in Europe. It retained a focus on issues and activism, whilst also celebrating bi identities.

I spoke to bi role model Nicole Faraday, an actress best known for her role as Snowball Merriman in two series of ITV’s “Bad Girls”. She is currently appearing  in “The 39 Steps” at the Leatherhead Theatre and is starring opposite Nick Moran in the feature film “Ask The Cheat” due out in cinemas later this year.

She told me that “growing up as and then coming out as a bisexual woman has not been easy.”

She continued: “You get a different type of prejudice from both the gay community and the straight community. Straight women feel confused and sometimes threatened by you. Straight men feel entitled to crack stupid sex jokes and mistakenly think that you will fulfill their fantasy (I know from experience that in reality, many men feel inadequate and cannot cope with the fact – they worry that they cannot compete on any level if you fall for a woman). For years I have had derision from my gay friends not taking me seriously, dismissing me as a ‘part time lipstick lesbian’ and calling me ‘greedy.’

Even when Nicole and I attended July’s London Pride, she was accused by some lesbians of being “straight really.” She explained that, “often you are made to feel as if you shouldn’t be at gay or lesbian events as you ‘don’t count.’ Ironically it is this lack of understanding on all fronts that makes bisexuals feel unaccepted by a community that has worked for years to be accepted themselves. I am pleased to be an ambassador for bi-visibility and I do feel over the last year or so people (including my friends) are starting to take bisexuals more seriously, but it has been a long time coming.”

When I asked Nicole for some advice for those struggling with their sexuality and anxious about Coming Out, she said:

“Continue to be yourself, love who you want to love unapologetically and if people do not, or choose not to understand, then explain how you feel politely and live your best life.”

Two of the most persistent stereotypes questioned by Nicole are, firstly, that bi people with partners of the opposite sex find LGBTQ people assuming they aren’t genuine – and, secondly, that bi people are simply sitting on the fence before acknowledging their true gay or lesbian identity.

We should aspire to a society in which everyone is treated with respect, regardless of gender, ethnicity, disabilty or sexual orientation. As we see an increasing awareness of bi people on this Bi Visibility Day, I would invite everyone – “straight” or “gay” to salute the “B” in LGBTQ. I would like to see all bi people as comfortable and empowered in their identities as Nicole. 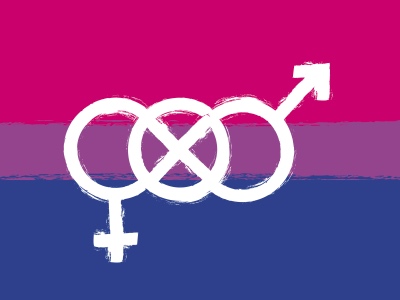 Bisexual activism: how to improve the experience of bi people in the UK and beyond

Why organisations need to invest in the individual, not the stereotype