0
You have 0 items in your cart
Go To Shopping
Home > News > Current Affairs for Women > Champion of women’s rights, Mary Macarthur honoured with blue plaque Mary Macarthur, union activist and champion of women’s rights has been honoured with a blue plaque on International Women’s Day.

The blue plaque, commissioned by the English Heritage, will be unveiled at 42 Woodstock Road, Golders Green – Macarthur’s home at the height of her career and where she died.

The plaque will read, ‘Mary Macarthur 1880-1921, Trade Unionist and campaigner for working women, lived and died here.’ The English Heritage’s plaques helps to celebrate the links between notable, historical figures with the buildings in which they lived and worked.

Macarthur was a Scottish suffragist and the general secretary of the Women’s Trade Union League. She was also involved in the creation of the National Federation of Women Workers.

Her interest in workers’ and women’s rights was peaked when she heard a speech about how badly some employees were being treated by their employers.

In 1903, Macarthur moved to London and became the Secretary of the Women’s Trade Union League. In 1910, she led the women chain makers of Cradley Heath to victory in their fight for a minimum wage and led a strike to force employers to implement the rise.

She was also an active participant in the fight for the vote.

After the First World War, Macarthur went on to stand as a Labour candidate in the 1919 General Election. She lost and continued her work with the Women’s Trade Union League, playing an important role in transforming it into the Trade Union Congress (TUC).

Speaking about the decision to hang a plaque in her honour, Anna Eavis, curatorial director at English Heritage, said, “Mary Macarthur was a truly remarkable woman.”

“She was tireless in her battle for equal pay and better working conditions and responsible at least in part for the introduction of a minimum wage.”

“During the First World War, she thought against the appalling working conditions experienced by women in munitions factories and fought for equal pay for equal work.”

Alison is the Digital Content Editor for WeAreTheCity. She has a BA Honours degree in Journalism and History from the University of Portsmouth. She has previously worked in the marketing sector and in a copywriting role. Alison’s other passions and hobbies include writing, blogging and travelling.
Previous PostFemale-inclusive movies now have an ‘F’ rating on IMDBNext PostMillennials twice as likely to call themselves feminists than their parents’ generation 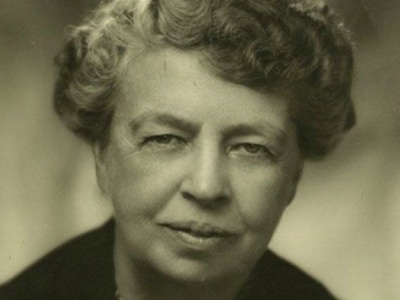