Almost a million* UK managers are working in a way they feel is unethical, according to new figures released today by CMI (Chartered Management Institute), with the need to ‘get ahead’ at work being blamed.

White lies are a constant in UK workplaces with almost one in three workers (30.4%) reporting they tell at least one white lie a day at work

Nearly a third (29.4%) admit to regularly ditching ethics in the workplace, compared to just 13.3% of other staff. When quizzed on why, managers are most likely to put behaving unethically down to job progression being more important than behaving morally (cited by 41.2%). In contrast, non-managers were most likely to say they felt pressured into working in an unethical way (42.6%).

Just 5.5% of managers describe themselves as unethical, but this isn’t backed up by the views of their colleagues. 60.1% of workers say they have witnessed colleagues acting unethically to get ahead at work, with managers more likely to be spotted doing so than junior staff (60.6% compared to 26.4%). Similarly, managers are more likely than other workers to mislead people at work – 35.4% bend the truth once a day or more, compared to 25.3% of other staff. However, managers are more likely than other workers to think it is important to be seen as ethical at work (66.4% compared to 54.0%).

Ann Francke, CMI Chief Executive, says: “When it comes to integrity, leading by example is key so managers need to re-focus on principles, not personal gain. We’ve seen company after company fall foul of ethical scandals and the costs can be huge – not only financially, but in the damage that’s done to hard-won reputations. It’s time for employers to step up and confront unethical behaviour and commit to developing management cultures where strong ethics are rewarded.”

The figures show UK workers struggle to negotiate a moral maze when they get to work:

With managers failing to set a positive example, today’s research also shows workers are confused about where to turn for guidance. Just 17% say they’re aware their company has a values statement and they know what is in it, 21% don’t know if a values statement exists, and, for 24.0%, there is no formal values guidance in place. More positively, 40.3% of employees believe setting ethical standards at work is the responsibility of every employee, rather than just up to managers or the CEO.

Ann continues: “Trust is key to getting the best from people and creating the right culture for business growth – yet most staff distrust their boss’s sense of ethics. No wonder their moral compass can end up pointing in the wrong direction. Organisations have to set clear standards for their employees, and managers have a particular responsibility to take the lead.”

CMI is calling on managers to make a start with three simple steps:

In response to the findings, CMI is inviting managers and non-managers alike to tell them what they think a definitive Management Code of Conduct should include.

To help CMI put principles at the heart of British business, get involved in their consultation at www.managers.org.uk/ethics

Previous PostValue Your Achievements Part 2 – Chilli Pepper Career BlogNext PostHas your career turned into a bit of a mystery? 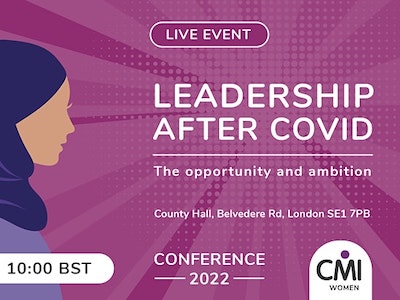 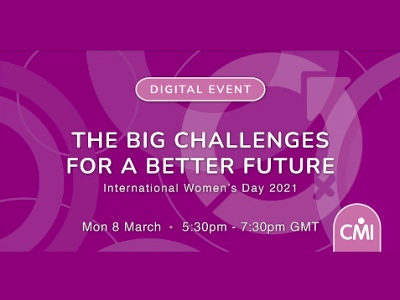 08/03/2021: The Big Challenges for a Better Future | Chartered Management Institute

Moving the Dial on Race: A Practical Guide on Workplace Inclusion | CMI