0
You have 0 items in your cart
Go To Shopping
Home > Lifestyle > Health and Fitness > Coffee anyone? Cola?? Osteoporosis???

Many of us pop in to our local coffee shop on the way to work for a latte, maybe even grab a diet cola for later, but did you know that there may be a link between an increased intake in these drinks and a loss in bone mineral density which could lead to osteoporosis?

Osteoporosis is a progressive condition in which there is a loss of bone density. The loss of calcium causes the bones to become weaker and weaker leading to changes in posture and susceptibility to bone fractures. It is estimated that three million people in the UK have osteoporosis and there are over 230,000 fractures every year as a result. Because of hormonal differences between males and females, osteoporosis affects many more woman than men. Risk factors for osteoporosis include aging, being female, low body weight, smoking, reduced sex hormones such as after the menopause, and some medications. There is now also evidence to suggest a link between caffeine and certain fizzy drinks.

Researchers at Tufts University in the US, studying several thousand men and women, found that women who regularly drank cola-based drinks – three or more a day – had almost four percent lower bone mineral density in the hip, even though researchers controlled for calcium and vitamin D intake. But women who drank non-cola soft drinks didn’t appear to have lower bone density.

Experts have known for some time that caffeine can disrupt calcium absorption so were these results down to caffeine or something else? In the Tufts study, both caffeinated and non-caffeinated colas were associated with lower bone density. But the caffeinated drinks appeared to do more damage.

So what else might explain these results? Another major component in most fizzy drinks is something called phosphoric acid and some experts believe this may be to blame. A disproportionate amount of phosphorus intake compared to calcium could lead to bone loss. However other experts suggest that the amount of phosphoric acid in fizzy drinks is minimal compared to that found in chicken. And no one’s telling women to stop eating chicken.

So it seems that experts aren’t sure exactly why drinking these drinks are linked to osteoporosis only that they are. It may be simply that when choosing to have a cup of coffee or a fizzy drink, you’re not drinking the glass of milk or fortified orange juice that nutritionists recommend.

“Soda drinkers need to pay extra attention to getting calcium from other sources,”

Whether the apparent link between these drinks and osteoporosis is due to effects of caffeine or phosphoric acid or simply because it means consumers get less of other, healthier beverages, it’s clear that we all need to be extra-vigilant about our bone health.

So if you were osteoporotic you would know about it, right? The truthful answer is no in fact, you may experience no symptoms of this bone disease until you fracture a bone. Prevention and treatment of osteoporosis includes calcium and vitamin D, regular exercise, and osteoporosis medication, if needed.

Bone density also depends on exercise. When the body gets regular weight bearing exercise, it responds by depositing more calcium salts in the bones, especially those of the legs, hips, and spine. Conversely, a lack of regular exercise accelerates the loss of bone mass, as used to occur dramatically in astronauts.

So next time you walk into your local coffee shop for your morning fix why not think again and choose a calcium rich alternative, pop to the gym at lunch time for a resistance training session and finish off with a healthy portion of fish for lunch.

You only get one body in this life, make it as strong on the inside as it is fabulous on the outside! 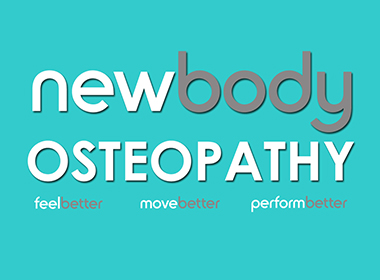 Could your headache be a pain in the neck? – By Zoe Mundell | New Body Osteopathy