0
You have 0 items in your cart
Go To Shopping
Home > Career Development > Careers for women > Company Culture – The Key To Success!

Early last year I decided I wanted to have greater influence on the training I was delivering and the clients I was working with, so I launched my learning and development consultancy, Phenomenal People. In order to meet new clients I carefully researched where I wanted to network; this research lead me to discover Duncan Cheatle’s Speaker Boutique sessions, which were being held every month, or so. For those of you who haven’t come across Duncan Cheatle, he is a champion for entrepreneurial Britain. He has started a number of companies, all with the aim of supporting fledgling and established entrepreneurs and was one of the founding team involved in Startup Britain, a support network created by entrepreneurs, for entrepreneurs. His Prelude company, which runs Speaker Boutique, displays the strap line, “Making Britain the most enterprising nation in the world.” The Speaker Boutique sounded intriguing, so, on a sunny day in August, I took myself along to my first event.

Company culture is key: look after your tribe, better than you look after your clients. You’ll have the happiest clients on the planet, because they will have such an outstanding experience dealing with your company.

I was immediately impressed by the relaxed, friendly environment. People were networking before the speakers took the stage but it was done in an calm, interested fashion, unlike many of the desperate-for-business-what-can-you-do-for-me events I’d been tortured at in the past. As the first of the three speakers began to share their experiences, I understood why the atmosphere at the event was so civilised. Each speaker was down to earth and displayed a genuine desire to share their experiences. I had become used to corporate environments where people are constantly competing, worried that they are going to be displaced if they make one wrong move and deeply embedded in Emperor’s New Clothes Syndrome – everything is fabulous and don’t you dare tell us the CEO is butt naked! This was a very refreshing change.

During the session I wrote copious notes, eager to absorb every little detail of what the speakers were saying. As I did so, the same important theme kept resurfacing as each speaker took the stage. Company culture is key: look after your tribe, better than you look after your clients. You’ll have the happiest clients on the planet, because they will have such an outstanding experience dealing with your company.

These are only some of the gems that were shared at my initial Speaker Boutique. The three hours that morning confirmed what I had believed for a long time, despite what was evident more often in the corporate world. It is possible to create a great company culture which looks after its team and clients, is an enjoyable place to work and makes LOTS of money. The next two sessions I attended, though on different subjects, still reaffirmed an underlying theme: company culture is key. I’m not saying this is easy to maintain but it is essential, if you want ongoing success and enjoyment in your work. Natalie Douglas, former CEO of Idis, who took the company from nothing to over $200M, said the key to the lasting success was remembering it was all about looking after her tribe. Vernon W. Hill, founder of Metro Bank, who is currently revolutionising the way banking is done across London, says it is virtually impossible to undo the ingrained culture, in big companies, even though it’s not serving the customers and/or the employees. It’s like trying to turn a  juggernaut on a penny (my metaphor). I’m sure you will agree, most high street banks demonstrate this very effectively. So, nurture your culture while it’s little, create great values and practices and make sure it’s exposed to good influences.

What else to say about Speaker Boutique?

I have been consistently impressed by the high level of expertise and support, over the last few months. It is exceptional value for money when you consider what you would pay for an hours’ session with a business coach and I stand by that even on the occasion that I missed the early bird discount and had to pay (ouch) full price. The only thing that has disappointed me regarding Speaker Boutique is the shocking lack of female attendees. On one occasion there were only three of us at the event. But you are going to change that, aren’t you ladies? It’s time more women stepped up to that level of entrepreneurship.

I look forward to seeing you there.

Felicity Lerouge is a coaching psychoneurologist and runs her own coaching consultancy and events company, Phenomenal Women Events. She has extensive experience in the field of personal development and is part of the Robbins’ Research International Senior Leadership team, coaching at events, worldwide. In order to stay at the cutting edge of her profession, she is studying for her PhD in coaching psychoneurology and has just achieved her PhD(c).
Previous PostStriking the Perfect Work/Life Balance: How to Do itNext PostProud to Support the No Make Up Selfie for Cancer Awareness | Pictures 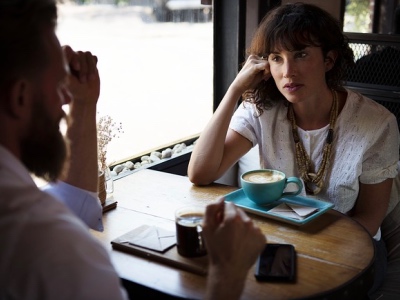 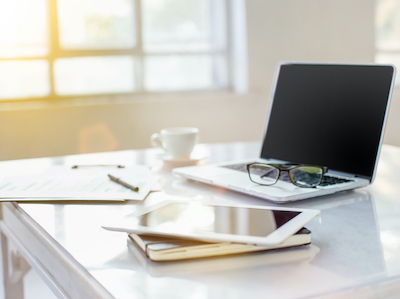 The impact of company culture on wellbeing