Cressida Dick has been named by the Home Secretary as the next Commissioner of the Metropolitan Police.

Dick is the first female to have been appointed to the role in the force’s 188 year history. Dick, a former acting Deputy Commissioner at the Metropolitan Police, will take over from Sir Bernard Hogan-Howe, who has held the post since 2011.

Speaking about her appointment, Dick said, “I am thrilled and humbled.”

“This is a great responsibility and an amazing opportunity.”

“I’m looking forward immensely to protecting and serving the people of London and working again with the fabulous women and men of the Met.”

“Thank you so much to everyone who has taught me and supported me along the way.”

Dick will be responsible for overseeing the Metropolitan Police’s crucial work preventing crime, bringing offenders to justice and continuing to ensure an effective national response to the ongoing threat of terrorism.

Amber Rudd, Home Secretary, said, “Cressida Dick is an exceptional leader, and has a clear vision for the future of the Metropolitan Police and an understanding of the diverse range of communities it serves.”

“I am delighted Her Majesty has agreed my recommendation after a rigorous recruitment process which highlighted the quality of senior policing in this country.”

“Cressida now takes on one of the most demanding, high-profile and important jobs in UK policing, against the backdrop of a heightened terror alert and evolving threats from fraud and cyber crime.”

“The challenges ahead include protecting the most vulnerable, including victims of sexual abuse and domestic violence.”

“Her skills and insight will ensure the Metropolitan Police adapt to the changing patterns of crime in the 21st century and continue to keep communities safe across London and the UK.”

“She is absolutely the right choice to lead the Metropolitan Police as this government continues its work to reform the police, and I look forward to working with her to make a real difference to policing in the capital.”

Dick’s appointment has not come without controversy. She was the office in charge of the operation that led to the death of Brazilian, Jean Charles de Menezes.

De Menezes was mistaken for a suicide bomber and shot dead by police in 2005. His family have called for Dick’s application to be blocked.

Speaking to the Guardian, they said, “As a family, we have always felt that those at the highest level, the commissioner and those in operational command, should be held responsible for the mistakes and for the misinformation and lies that were told by the police.”

“We cannot be expected to accept that the most senior police office in the country, a post that is expected to uphold the highest standards of professionalism, to command public confidence and ultimately be responsible for ensuring that no police officer acts with impunity, be filled by someone that is clearly tainted by her failure to live up to any of those requirements.”

Alison is the Digital Content Editor for WeAreTheCity. She has a BA Honours degree in Journalism and History from the University of Portsmouth. She has previously worked in the marketing sector and in a copywriting role. Alison’s other passions and hobbies include writing, blogging and travelling.
Previous PostMultitasking: The time myth that is actually slowing you downNext PostWATC dating blogger Marcello | First novel out now 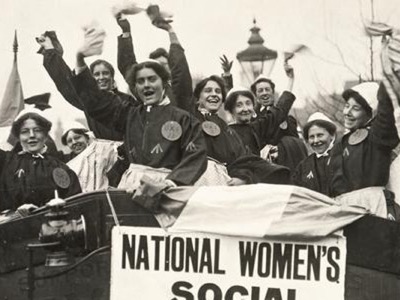