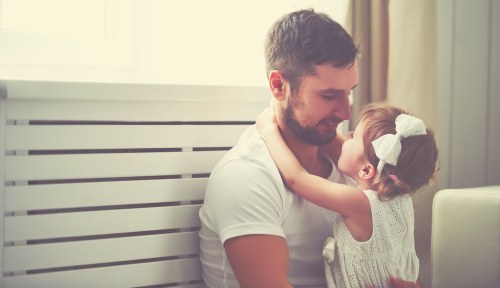 Work-life balance has always been difficult to master.

Many of us hope for the perfect balance between work and family life, and it seems that men are willing to walk out of employment to get it.

A recent survey by workingdads.co.uk and workingmums.co.uk has shown that men are increasingly facing the same issues that have plagued women’s careers for years, and their mental health is suffering as a result.

One statistic that the survey revealed is that one in four dads said they had taken time off work due to mental illness – a third of which believe that the stress of work and home have been a significant contribution to their state of mind.

Almost 70% of  working fathers have admitted they feel stuck in their current role because they believe they would struggle to find another position which can cater for the flexibility they require. Although this statistic seems shocking, it’s not surprising considering the fact that two in five that applied for a flexible working arrangement were turned down. In fact, one in ten said they would leave their job if they were denied flexible working.

However, even those who had been accepted for flexible working arrangements felt discriminated against by their managers and co-workers, despite it being completely normal to not be able to adhere to the typical 9-5 work pattern.

This can be explained by the fact that a quarter of working dad’s felt their line manager failed to understand the pressures that juggling work with family life brings.

For mums, the current most common working pattern is part-time, however 42% of dads feel that they still need more flexibility in order to boost their career development. A potential game changer that was highlighted in the survey was the possibility of a four day week. Nine out of ten dads stated that a four day week would significantly improve their work-life balance, and the same proportion of mums agreed.

James Millar, editor of workingdads.co.uk and author of the book Dads Don’t Babysit, said: “These results show thousands of dads are suffering and frustrated at work. Yet the answer seems very simple. If more employers embrace flexible working it would improve the lives of all parents by giving the option to find the right balance between work and life.

Employers need to recognise the demand for flexible working and take action if they wish to hold on to their employees and thrive in the future.