0
You have 0 items in your cart
Go To Shopping
Home > News > Current Affairs for Women > Deadline to register to vote for EU referendum is extended | Which way will you vote?

The government has confirmed that the deadline to register to vote for the upcoming EU referendum has been extended to midnight on Thursday 9 June.

The news comes as the official website for voter registration crashed a few hours before the original deadline. Although there was no official explanation, David Cameron did urge those trying to continue to do so – even though the deadline had passed.

Matt Hancock, Minister for Cabinet Office said, “Following discussions with the Electoral Commission and strong cross-party support expressed in the House of Commons, we will introduce secondary legislation to extend the deadline for voter registration until midnight tomorrow.”

“Having taken the decision today, we think it is right to extend to 23:59 on Thursday 9 June, to allow people who have not registered, the time to get the message that registration is still open and get themselves registered.”

The latest opinion polls are currently putting the Vote Leave campaign ahead by four points.

The referendum will take place on 23 June 2016, and will decide whether the UK remains in the European Union or not.

To find out more about the referendum, including the latest news and guides, explore the below articles:

MP Harriet Harman asks, ‘why should we trust the likes of Boris Johnson with our rights as women’ in EU referendum debate

Labour MP Harriet Harman has come out in support of staying in the EU, claiming women’s rights could not be guaranteed if Britain leaves.

Speaking to female employees at Lloyds of London, the former deputy leader of the Labour party asked, “Why should we trust the likes of Boris Johnson, Iain Duncan-Smith or Nigel Farage with our rights for women?”

What impact could the EU referendum have on businesses?

Britain is to decide whether it will remain within the European Union this summer, as announced by PM David Cameron.

Campaigns are now in full swing for both those wanting to stay and the British Exit (Brexit) arguments. The prime minister is heading the ‘stay’ campaign, while London Mayor Boris Johnson is campaigning to leave. However, according to current polls, the public opinion is divided down the middle.

In this guide, we look at both the arguments for leaving the European Union and those in favour of staying.

Female voters could decide the EU referendum, but how could women be affected?

According to a new report, female voters have the power to decide whether Britain stays in the European Union or not, as PM David Cameron calls for a referendum.

How (not) to talk about Europe, a report conducted by British Future, argues that this is due simply to the fact that there are more women than men in Britain. They also suggest that many women haven’t decided which way they will be voting and many others are yet to be fully convinced one way or another.

Previous Post21/06/2016 – Masterclass: How to Speak with Impact at MeetingsNext PostDesigning Your Roadmap to Success – By Sylvie Aboa-Bradwell

Brexit is one of the greatest threats to women’s rights, researchers warn 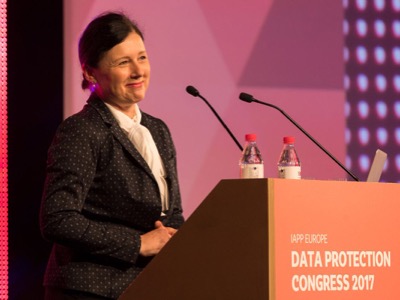