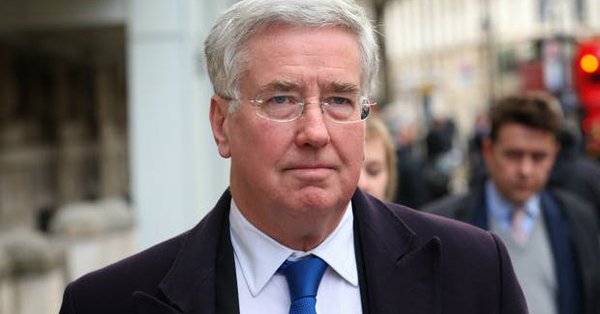 Defence Secretary Sir Michael Fallon has been named as the Cabinet minister who put his hand on the knee of a female journalist 15 years ago.

Julia Hartley-Brewer, a presenter on talkRADIO, said she did not regard the incident as “anything other but mildly amusing”.

She is also the former political editor of the Sunday Express and a regular political commentator.

The incident took place at a Conservative party conference dinner in 2002, where Fallon continuously placed his hand on the knee of Hartley-Brewer.

Speaking about the encounter on Twitter, Hartley-Brewer said she ‘calmly and politely explained to him that if he did it again I would ‘punch him in the face’.

“He withdrew his hand and that was the end of the matter.

I have had no issues since with the man in question and do not regard the incident as anything but mildly amusing.”

When Michael Fallon’s identity was revealed by The Sun, Ms Hartley-Brewer insisted that ‘no one was remotely upset or distressed’ by the incident and that the two remain friends.

The revelation comes as a series of sex assault and harassment claims in Westminster have surfaced.

Hartley-Brewer also condemned what she described as a “Westminster witch hunt”.

A spokesman for Sir Michael said: “He had apologised when the incident happened 15 years ago and both Julia and he now considered the matter closed.”

Earlier in the month, Commons Speaker John Bercow met with parliament on the House of Commons Commission to discuss how to eradicate sexually intimidating behaviour.

The Daily Telegraph reported that “inappropriate” actions from a minister led to two female staff members leaving their jobs.

Leader of the Commons, Andrea Leadsom, told MPs that ministers would be sacked for inappropriate behaviour, saying: “If people are made to feel uncomfortable, that is not correct.

“In terms of the consequences for the perpetrators, I think I’ve also been perfectly clear that in the case of staff they could forfeit their jobs, in the case of Members of Parliament they could have the whip withdrawn and they could be fired from ministerial office.”