0
You have 0 items in your cart
Go To Shopping
Home > News > Current Affairs for Women > Deloitte UK reports a gender pay gap of 18.2 per cent 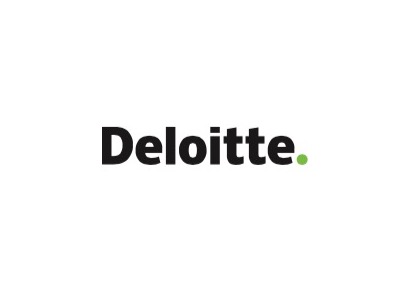 Deloitte UK has announced its gender pay gap stands at 18.2 per cent, just above the national average.

The company has also revealed its bonus gap data, which currently stands at around 50.9 per cent. The UK’s gender pay gap is currently at 18 per cent.

Deloitte’s pay and bonus gaps are being attributed to the lower proportion of women holding senior roles within the company.

In April, the UK became one of the first countries in the world to require mandatory gender pay gap reporting, a key part of the government’s work to eliminate the gender pay gap. Private, public and voluntary sector employers with 250 or more employees will be required to publish their gender pay gap and bonus pay gap by April 2018.

The gender pay gap mandatory reporting requirements are part of wider work the government is doing to support women in the workplace. This includes £5 million to support returners, offering 30 hours of free childcare, and introducing shared parental leave and new rights to request flexible working.

Emma Codd, Managing Partner for Talent, Deloitte UK said, “We fully support the government’s decision to formalise and standardise the way in which companies report their gender pay gap.”

“A consistent approach will allow companies to better measure their progress, assess how they are faring against peers and – most importantly – determine what actions need to be taken to address the underlying causes.”

“It will also enable potential employees to make better informed decisions as to their future employer of choice.”

“Deloitte remains open and transparent about the challenges we face in tackling gender diversity.”

“As with many organisations, Deloitte’s gender pay and bonus gaps arise because of the disproportionate number of men in senior positions.”

“This is our most senior – and therefore highest-paid – grade.”

“29 per cent of our directors – our second most senior grade – are female.”

“We have put in place a number of actions and initiatives to tackle this disparity, and also maintain our relentless focus on ensuring that we have the appropriate culture and working environment.”

“We believe that the latter is critical to our success in truly addressing gender equality.”

Deloitte UK are one of the latest companies to release their gender pay gap data. Earlier this month, TSB reported a gap of 31 per cent and the Department of Education (DfE) became the first government department to publish its gender pay gap of 5.3 per cent.

Anne Milton MP, Minister of State for Apprenticeships and Skills and Minister for Women, said, “It is fantastic to see employers like Deloitte taking this important step in tackling the gender pay gap.”

“They are setting an excellent example for other employers as we build a stronger, fairer country where success is defined by work and talent, not gender and circumstance.”

“We have more women in work than ever before and the gender pay gap is at a record low, but there is more to do.”

“Closing the gender pay gap isn’t just the right thing to do, it also makes good business sense, so that employers can take action to make sure every employee reaches their full potential.”

Alison is the Digital Content Editor for WeAreTheCity. She has a BA Honours degree in Journalism and History from the University of Portsmouth. She has previously worked in the marketing sector and in a copywriting role. Alison’s other passions and hobbies include writing, blogging and travelling.
Previous PostNominations are now open for WeAreTheCity India’s Rising Star AwardsNext PostFinancial Times journalists could strike over gender pay gap