Diane James has become the new leader of UKIP, becoming the latest woman to be elected into a top political role.

James was regarded the favourite to win the party election and defeated her opponents with 8,451 votes; nearly twice as many as Lisa Duffy who received 4,591.

Despite replacing current leader, Nigel Farage, many have likened James to a ‘Nigel-lite’. One senior member of the UKIP party said she was here to “do Nigel’s bidding” while others have said she is “Nigel in a dress”.

However, she has been quick to deny this though she has suggested she would seek his opinion on some issues. She said, “Why wouldn’t I? The legacy he bequeathed to this party, the experience, the knowledge he has got – I would be absolutely nuts to ignore that.”

In her closing statement to the party conference in Bournemouth, James told delegates to “support me, work with me, win with me.”

On the issue of Brexit, James has been vocal about the need to push for a quick exit from the European Union. She said, “Yes to a 100% European Union exit. Can I be any clearer?”

“Yes to a sovereign independent UK. Yes to a UK free to make trade deals with whoever and whenever we want and yes to an immigration policy that allows entry regardless of origin to those with the skills and expertise and the social values that this country wants.”

James entered politics after a 30 year career in healthcare, becoming an independent councillor in 2007. In 2014, she was elected as a Member of the European parliament (MEP) for South East England. She has held many high-profile positions within UKIP including the deputy chairmanship and spokeswoman for justice and home affairs.

However, James’ political career has not been without controversy. In 2015, she faced criticism after claiming she admired Russian leader, Vladimir Putin. She said, “I admire him from the point of view that he’s standing up for his country. He is very nationalist. He is a very strong leader. He is putting Russia first.”

Alison is the Digital Content Editor for WeAreTheCity. She has a BA Honours degree in Journalism and History from the University of Portsmouth. She has previously worked in the marketing sector and in a copywriting role. Alison’s other passions and hobbies include writing, blogging and travelling.
Previous PostVacancy of the week: Transfer Agency AML Assistant ManagerNext PostVacancy of the Week: Project Manager 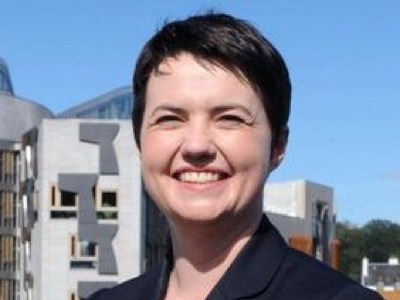