Woodfield is also part of a team that is responsible for the development and delivery of Leadership, Talent and Diversity programmes within PwC and with Clients. The team focuses on helping individuals to be the best they can be and helps clients to support their staff in the same way.

In January PwC committed to the UN’s Women campaign HeForShe. The campaign was launched in September last year and aims to mobilise one billion men and boys around the world for gender equality.

During the World Economic Forum Annual Meeting in Switzerland PwC became one of the first 10 corporations around the world to commit to taking action to achieve gender equality.

“Just wearing a HeForShe badge isn’t enough – you have to make the change,” added Woodfield. “Many women are often over mentored and under sponsored. We’ve found active sponsorship to be essential in supporting a level playing field for everyone’s progression. For male leaders in particular to understand a women’s experience in life and the workplace, and fundamentally to help with practical actions to accelerate her in her career.

PwC also signed up for the HeForShe IMPACT 10x10x10 programme which includes 30 companies that have committed to developing a male-focused gender curriculum with tools for employees to drive awareness. The companies have also committed to launching a Global Inclusion Index which aims to support women in achieving roles in leadership by addressing any potential barriers.

PwC has embedded diversity across its business, implanting measures to track its progress such as making its leadership team accountable for setting and delivering gender and ethnicity targets. The target of a minimum of 30% female partner admits each year has been set.

The company also has several other programmes to support women such as ‘Shadow a female leader’, ‘Women in business’ and ‘Reverse Mentoring’ in addition to the Aspire to Lead series which is a series of events providing hints and tips for future leaders.

Woodfield said companies should do more to seek out women for roles instead of accepting that some positions do not attract as many female candidates: “I didn’t have a problem finding or recruiting women, but sometimes you have to seek them out and think about it a bit more or you will just end up with more men. If you are complaining about it then you have to work harder and look harder.”

According to Woodfield the opinion that women have to be more like men in business is “counterintuitive”.

“We don’t want the women to think like the men. The business needs to thrive because of the differences. The unique skills that women have are fundamental for business. Boys are told to hold hide their emotions and as Men are taught to turn them off at work. Know who you are and what you are naturally good at, engage your full emotional self. People perform better when they’re themselves.” 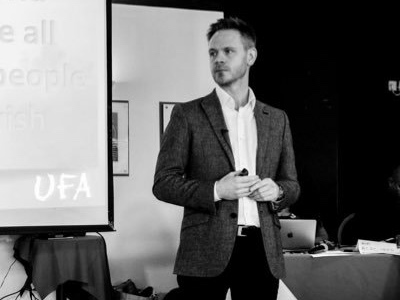 Looking back at 2020: Our top Inspirational Women & HeForShe interviews 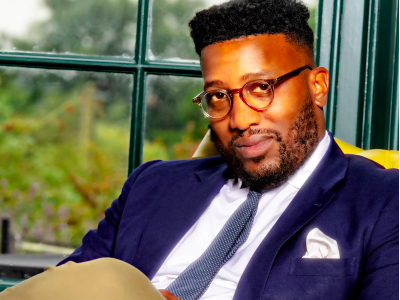